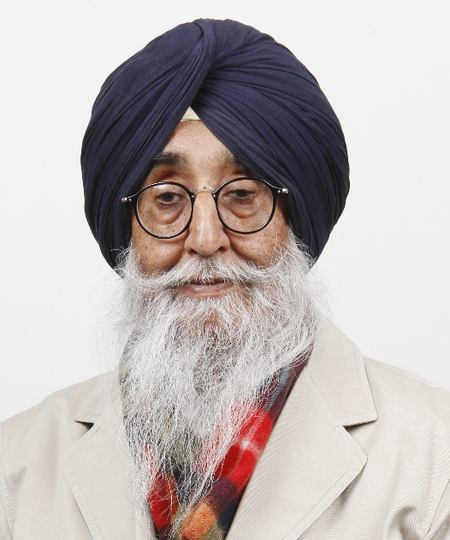 Fatehgarh Sahib – “When Article 14 of the Indian Constitution provides equal rights and privileges to all its citizens, it means that when all Indian citizens are equal in the eyes of the law, then when the former Chief Justice of the Supreme Court Gangoi Supreme If they try to rape a female officer serving in the court, in that case neither the victim nor the victim should file an FIR in the concerned police station. He is not allowed to register, nor is he allowed to appear before the inquiry committee set up by the Supreme Court for the above case, nor is he given an opportunity to present his case himself. In silence, this investigation committee acquits the accused Justice Gangoi. Where is the justice that the victim is not allowed to present his side and at the government level all the laws and principles are suspended and Justice Gangoi is cleared of this stain? If this is true, then Haryana’s Cabinet Minister S. Sandeep Singh, who has been accused of molesting an athlete’s female coach and who is in U.P. Mr. Briz Bhusan, Member of Parliament, is accused of molesting Bibi Vines Phogat, a wrestler, then he should also be given the same legal treatment as was done to Justice Gangoi. Then S. Why is the same law doing a different process to Sandeep Singh and Briz Bhusan?”

This idea Simranjit Singh Mann MP and President Shiromani Akali Dal (Amritsar) Justice Gangoi, S. Sandeep Singh Cabinet Minister Haryana, Member of Parliament Brij Bhusan of UP expressed the three cases which are connected with reality, then talking about why the law is working differently in the three cases. He said that on January 23, at Jantar-Mantar, where wrestler Vines Phogat was staging a dharna for his demands, we had gone there, but the government had assured justice to the lady who was demanding to achieve the purpose of the dharna and lifted the dharna. had given Nothing happened in that too. While S. A case has been registered against Sandeep Singh and no action has been taken against UP MP Brij Bhusan and no FIR has been filed. It has not been registered and neither has it been questioned by the police like Sandeep Singh. So far, relief is being given to Asis Misra, who massacred Sikh farmers at Lakhimpur Khiri. The killers of Rajiv Gandhi have been released, the rapists and murderers of Bibi Bilkis Bano have also been released. Then the captive Singhs who have completed our sentences are not being released, S. Why is the law acting differently on Sandeep Singh as a Sikh?

He also expressed great anger that there is neither a Sikh judge in the Supreme Court, nor a Sikh Chief Justice of the High Courts, nor a Sikh minister in the cabinet, nor a Sikh governor of any state. Neither there is any Sikh general in the army, navy, air force nor there is any Sikh ambassador in foreign countries, why is such behavior and discrimination being done to the Sikh community?

S. Mann said that when I am a representative elected by the people of Sangrur Lok Sabha constituency of Punjab and am the current MP, I feel that Jammu and Kashmir, which is a part of India, where any citizen of India comes Can go, why was I prevented from going there? Then Mr. Rahul Gandhi is also an MP, why was he allowed to go to Jammu and Kashmir as an MP? If Rahul Gandhi can take his trip to Jammu and Kashmir, then why can’t I go there to discuss with my colleagues and take stock of the situation there? As pure Sikhs, India’s rulers, laws, courts are doing injustice to us. Then just now I asked for a meeting with the Lieutenant Governor of Delhi on 23rd January regarding some issue related to Punjab and the Sikh community which was not given to me nor was the letter sent by us in writing using a polite and polite manner. No answer has been given. Then with the Sikhs and the Sikh MP. Why is this law of India adopting double and selfish standards? To give it to the present rulers of India, the whole of India, Punjab and the inhabitants of the world.