What exactly is the case of Malik’s son-in-law Sameer Khan who was arrested by NCB? | Know about Nawab Malik’s son in law sameer khan case 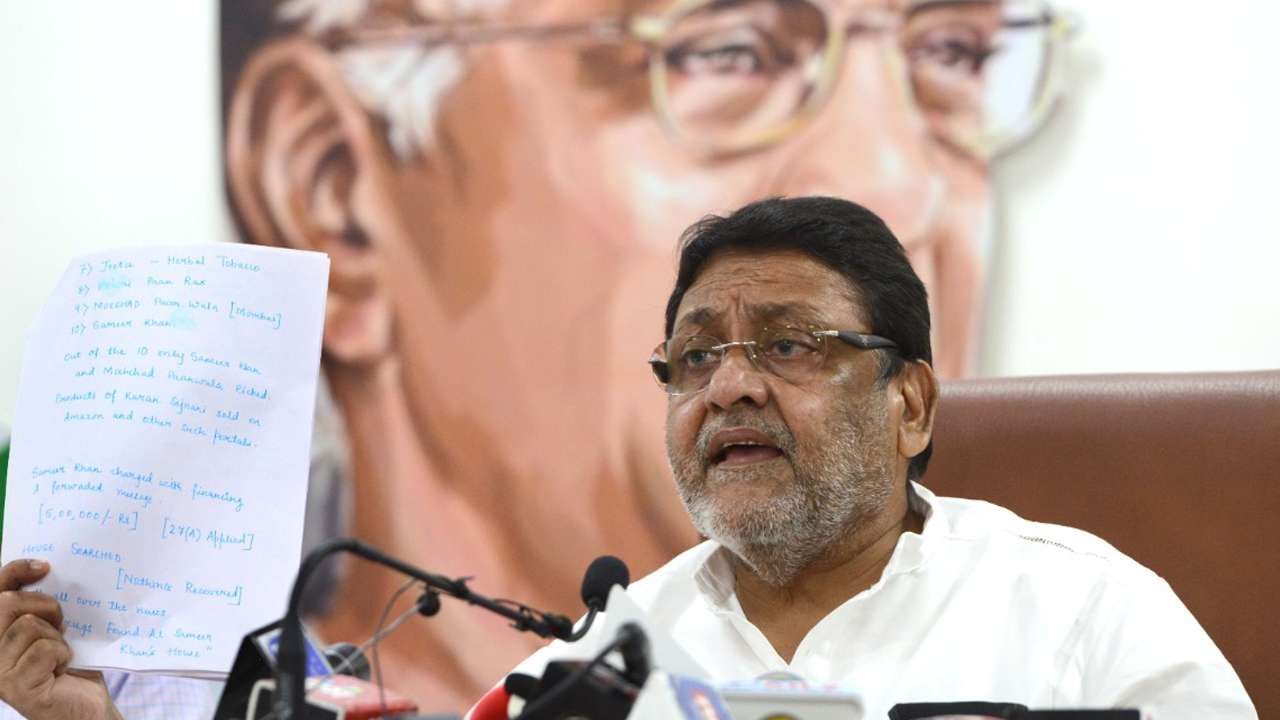 Mumbai: NCP leader Nawab Malik has clarified that his son-in-law Sameer Khan did not find any cannabis. He also said that it was mentioned in the court order. Nawab Malik also said that the case filed by the NCB against Sameer Khan and two others under Section 27 (a) of the NDPS Act was null and void. So why was Sameer Khan arrested by NCB? What happened? This is his review.

Sameer Khan is the husband of Nilofar, daughter of Nawab Malik. Sameer Khan was summoned by the Narcotics Control Bureau (NCB). Sameer Khan had transacted Rs 20,000 with Karan Sajnani in a drug case through Google Pay. It is alleged that Sameer sent Rs 20,000 to Sajnani through Google Pay for supplying drugs. The transaction came to light during the investigation into the drug case. Therefore, the NCB had called Sameer to investigate the matter. He was questioned in this case. Sameer Khan was later arrested by the NCB on January 14.

The NCB had seized 200 kg of drugs from British nationals Karan Sajnani and Rahila Furniturewala. He was also arrested in connection with the case. He was remanded in judicial custody by a magistrate. Apart from that, Ramkumar Tiwari, owner of Muchhad Panwala shop, was also arrested by the NCB in a drug connection case. Tiwari was caught selling cannabis and drugs. As a result, he was thrown into prison.

What did Wankhede say?

The financial dealings between Sameer Khan and Karan Sajnani are not minor but large. Moreover, we have evidence that Sameer Khan took drugs. He was arrested on that basis, NCB official Sameer Wankhede had said.

The events told by Malik

On January 14, NCB staff went to raid my son-in-law’s house. It was shown on all the news channels that a large quantity of cannabis was found. But nothing was actually confiscated from the house. Yet conspiracies were hatched to defame the media by giving false news. I have been saying from the beginning that the NCB is working to defame the people by forging it. Nawab Malik also alleged that the same had happened in the case of Riya Chakraborty.

We’ve been tense for the last several months after framing my son-in-law. But our leader Sharad Pawar increased my courage. He also said that if Javaya did something wrong, the law would punish him, but his father-in-law could not be punished.

On January 8, 2021, the NCB told reporters that two parcels were traced from Universal Cargo. On January 9, the house of Karan Sajnani, who lives in Bandra, was raided. The NCB issued an official press note and seized 200 kg of cannabis. On the same day, on January 9, an NCB official sent a press note and four photos from his mobile number. A British national was arrested, the press release said. On January 9, seven and a half grams of cannabis were seized from a girl named Rahila Furniturewala. The girl was granted bail the same day. On the same day, raids were carried out at various places across the country. A summons was issued to my son-in-law Sameer Khan on January 12 at 10 pm. He was summoned for questioning on January 13 at 10 a.m. The next morning at ten o’clock my son-in-law Sameer Khan reached the NCB office. The news channel’s camera was already there. All the news channels posted a photo of my son-in-law and told him that it was related to drugs. The NCB spent three months in court proceedings after the arrest. The press note of the action taken by the NCB on January 9 and the photos of the seized drugs were forwarded to the journalists from the mobile number XXXXXXXXXX of the NCB officials. The media reported on the basis of these photos and misleading information. He also appealed to the journalists to ensure that no matter how much news someone sows in the end.

There is no pressure on the government; The truth will come out soon: Nawab Malik