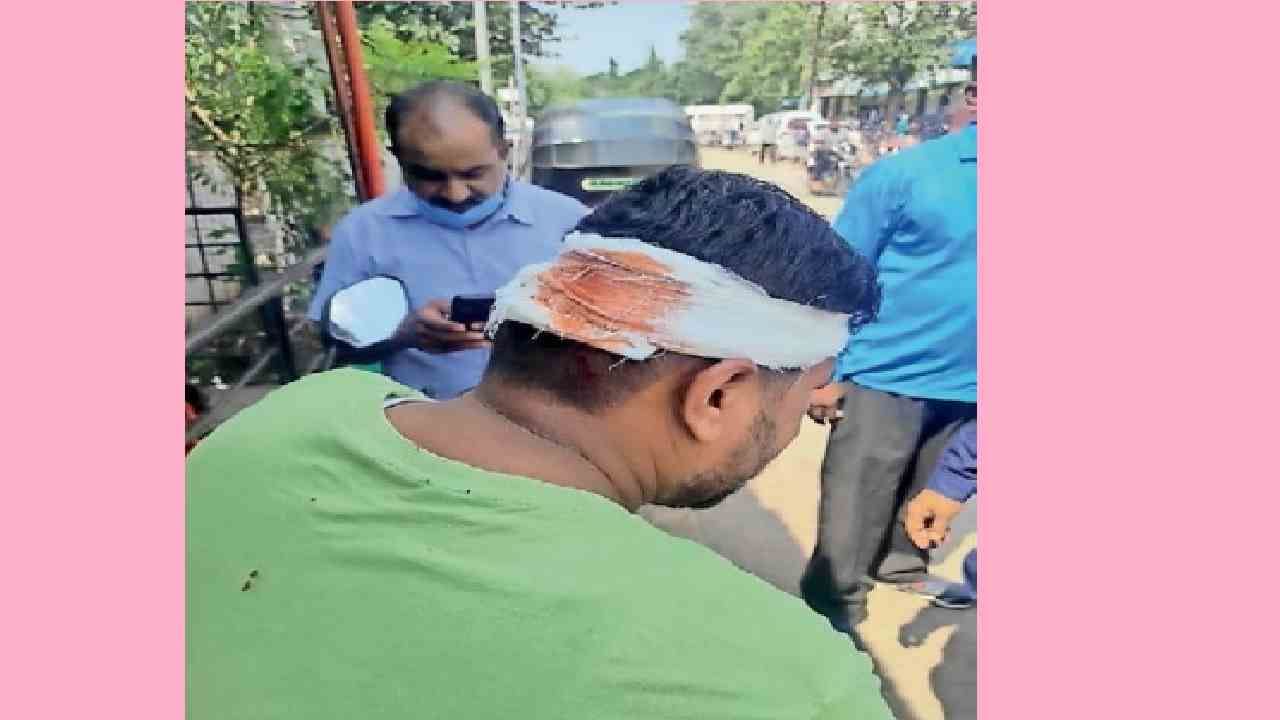 Aurangabad: Bhushan Deore, a junior engineer of the Corporation, who went to inspect the Jalkumbh in the CIDCO area of ​​the city, was attacked by a gang of drug addicts and seriously injured. The incident happened at 10.30am on Wednesday. Aurangabad police is facing a big challenge to curb drug addicts in the city.

A haunt of drug addicts

Municipal Corporation has water tanks at CIDCO N-5. There are also two water tanks near the Marimata temple next to the private hospital. Here are some drug addicts who have been intoxicated all day long. Therefore, under the guidance of Kiran Kumar Dhande, Executive Engineer, Water Supply Department, cleaning was done in Marimata area. Outsiders were denied access to the site. Addicts were frequently expelled. Bhushan Deore, a junior engineer in the water supply department, had gone to inspect the water wells in the Marimata temple area around 10.30 am on Wednesday. While the gods were driving in front of the entrance of Jalkumbh, one of them attacked them from behind. After that, eight to ten people were beaten to death with weapons and sticks and seriously injured.

Deore informed Executive Engineer Kiran Kumar Dhande about the attack and sought help. As soon as the staff at N-5 Jalkumbha got the information, they also came running. Dhande immediately took Deore to the valley and treated him. Deore said the assailants were drug addicts. The case has been registered at the junior CIDCO police station.

Other incidents that took place on Wednesday include the theft of Mangalsutra. On the occasion of Navratri, a large number of women devotees go to Karnapur to pay obeisance to the Goddess. Taking this opportunity, three incidents of Mangalsutra theft came to light on Wednesday night and early morning darkness. A minor girl was caught red-handed. Rani Vinod Batade (39) from Kailasnagar had gone to the house of her brother Anil Gulab Reddy. At eight o’clock on Tuesday night, he went with his brother and family from Padampura to pay obeisance to Goddess Karnapura. She was walking towards Hotel Panchavati at 10.30 am. Suddenly a young man came by the entrance of the PWD office. He snatched the gold from the queen’s neck. Then ran in the opposite direction. He got on his friend’s bike and fled. It was not possible to chase him as it was raining and dark. A case has been registered at Vedanta Nagar police station.

A woman from Mukundwadi had gone for darshan with her family on Wednesday morning. The crowd realized that Mangalsutra had been snatched from his neck. As they shouted, the citizens chased the minor girl. Sub-inspectors Sachin Wayal, Ayub Pathan, Shrikant Sapkal, Jamir Tadvi and Avinash Dabhade rushed to the spot and caught the girl. She found the stolen Mangalsutra. Preliminary information came to light that the girl was from Ahmednagar.
In the third incident, a half-pound vessel of a 23-year-old woman was stolen from the Renukamata temple on Jalgaon Road. The incident happened around 7 pm on Wednesday. After the thief snatched the vessel and looked back, the thief fled.