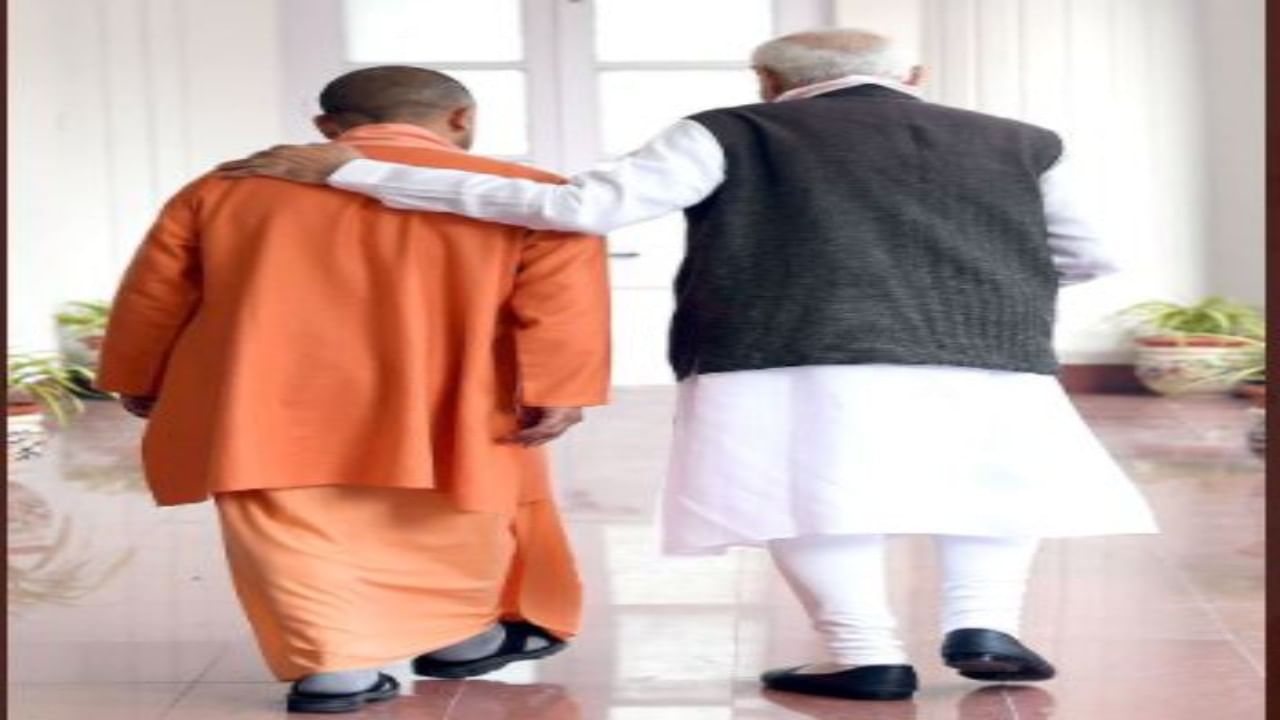 ‘The Prime Minister was saying …’ What was Modi saying to the yogis in those viral photos, Rajnath Singh revealed | BJP Rajnath singh reveals what PM Narendra Modi told Yogi Addityanath in their photo

Two photos of Prime Minister Narendra Modi walking with his hands on the shoulders of Uttar Pradesh Chief Minister Yogi Adityanath went viral on social media. In those photos, it seems that there is some in-depth discussion between Yogi and Modi. However, what exactly should Prime Minister Modi Adityanath be talking about? Such a question is constantly being asked on social media and netizens are putting forward their arguments. But now Defense Minister and BJP’s Lucknow MP Rajnath Singh has revealed the secret.

On Thursday, Singh tweeted, “People are wondering what exactly the Prime Minister was saying to the UP Chief Minister. So, the PM was saying that Yogi is batting like a veteran cricketer and he should continue his performance in a way that will help the BJP win. ”

Just tweeted a photo in which Modi ji was placing his hand on Yogi ji’s shoulder. Seeing these photos, everyone was wondering what Modiji was telling them. pic.twitter.com/HBD5NESCxZ

These photos were shared before the UP elections

These photos were considered important before the 2022 UP elections. Many said that the photos showed Prime Minister Modi giving his full support to Yogi Adityanath. Also, at a recent meeting of the BJP’s national executive in Delhi, the yogis were tasked with the important task of presenting a political resolution. This shows the support of all the big BJP leaders in Delhi. Earlier, Union Home Minister Amit Shah had said that if the people of UP wanted Narendra Modi to be the Prime Minister again in 2024, they would have to elect Yogi Adityanath as the Chief Minister in 2022.

Election 2022: BJP to launch Constitution Glory Campaign across the country from November 26