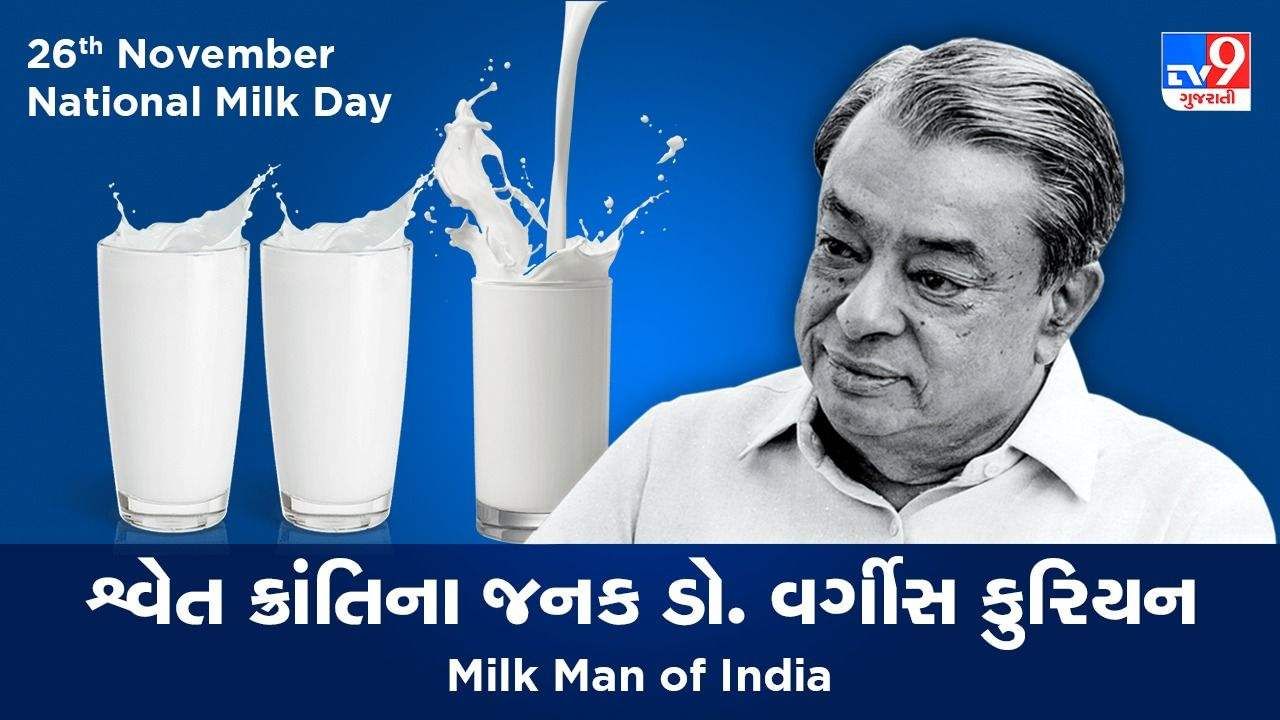 Known as the father of the White Revolution in India, Varghese Kurien has made the country one of the largest milk producers in the world. The father of the milk revolution is also the founder of the popular dairy brand Amul in India. Today, Kurien’s 100th anniversary is being commemorated for his contribution to making India self-sufficient in milk production.

The program was held in Anand from 10:00 am to 2.00 pm. The event was jointly organized by the National Dairy Development Board and other organizations.

Why is National Milk Day celebrated?

This year India Dr. Celebrating Kurien’s 100th birthday. Then this day is an important celebration of milk in one’s life. And this day is celebrated to promote the benefits of milk and milk industry and to create awareness among the people about the importance of milk and milk products.

Who was the Milk Man Dr. Varghese Kurien?

Known as the father of India’s white revolution from November 26 to 2014, Dr. Kurien’s birthday is celebrated as ‘National Milk Day’. Very few people know that Dr. Varghese Kurien also founded about 30 organizations that are run by all farmers. Known as the father of the White Revolution in India, Varghese Kurien has made the country one of the largest milk producers in the world.

The father of the milk revolution is also the founder of the popular dairy brand Amul in India. Today, Kurien’s 100th anniversary is being commemorated by remembering Kurien’s contribution to making India self-sufficient in milk production. Born on November 26, 1921, Kurien has transformed the agro-industry in the country.

India surpassed the United States as the world’s largest milk producer in 1988. Born in Kozhikode district of Kerala, Kurien is regarded as the architect of India’s white revolution. He achieved this at a time when the country was facing uncertainty over its food security.

Kurien was also the Founder-Chairman of the National Dairy Development Board (1965-98) and Chairman of the Gujarat Co-operative Milk Marketing Federation Limited (GCMMF) (1973-2006). He also headed the Institute of Rural Management (1979-2006), dedicating his life to the cause of empowering farmers through cooperatives.

Based on Amul’s work model, the National Dairy Development Board (NDDB) was formed by the then Prime Minister Lal Bahadur Shastri. Varghese Kurien took over as chairman of the NDDB and launched ‘Operation Flood’ in 1970, known as the world’s largest dairy development program.

Filmmaker Shyam Benegal made a film called ‘Manthan’ on the milk movement in India and the man behind it, Varghese Kurien. Varghese Kurien passed away at the age of 90 on September 9, 2012 in Gujarat after a short illness.

READ ALSO: These Jamnagar farmers have adopted cow based organic farming and got good yields with cost reduction.