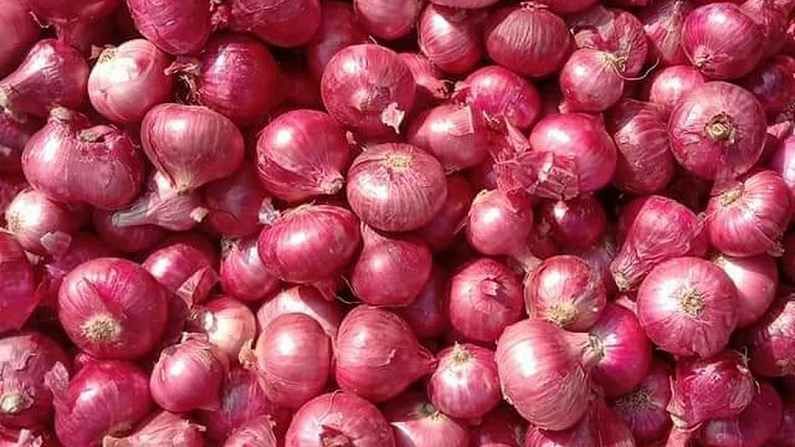 Latur: Onion is a cash crop which is a watery crop sometimes in the eyes of farmers and sometimes in the eyes of consumers. Currently, there are tears in the eyes of farmers but they are tears of joy. This is because even though the kharif crop has been damaged by the rains, onions have given a big boost to the farmers. Onion prices are rising. On Wednesday, onion fetched a high of Rs 4,393 per quintal. So there is satisfaction among the farmers. Moreover, due to low inflow of onions, the rates are expected to go up further.

Rain is also responsible for the rise in onion prices. The rains have damaged onions in 40 to 50 per cent of the area. As a result, onion arrivals in the market have declined and prices have gone up. Lasalgaon, Asia’s largest onion market, had a high of Rs 4,134 on October 13, a low of Rs 1,200 and a general price of Rs 3,550. The highest price was at Pimpalgaon Mandi. In general, the use of onions is reduced. However, traders say the rate is due to the Navratra festival.

The effect of rainfall on the rate of onions

The rains have ruined the onions. Onions are stored if there is no price. Onions stored in April-May have been severely damaged by rains and floods. The onion is in a rotten state. Onions kept in Aurangabad, Osmanabad and Latur in Marathwada were soaked in floods and rains. In Nashik, Ahmednagar, Dhule, Solapur and Jalgaon, many farmers’ onions were rotten due to moisture. As a result, the Lasalgaon market is declining. Then there will be a gap between supply and demand and the price has gone up.

Efforts will have to be made to save the onion

Onion is perishable. Therefore, onions need to be stored properly. Farmers need proper planning for onion storage. Newly planted onions have also been damaged by the rains. In addition, there has been an outbreak of kid disease. Therefore, it is necessary to store only the onions that the farmers have. Farmers have breathed a sigh of relief as the wholesale price of onion has gone up.

Crop damage even in foreign lands

After Maharashtra, Uttar Pradesh and Bihar have the largest onion cultivation. However, the environment has also affected the onions here. This has affected the product. The storm has also affected onion production and now the price of onion is going up. Moreover, the decline in production is expected to increase in the future. (Onion prices rise, farmers satisfied, consumers distressed, Lasalgaon market has highest rates)

Earlier incentives and now hand in hand, farming companies are in trouble