flood in August, now the crop is drying up

Irrigation has to be done from tube well to save crop

fold. The statute of the law also seems strange. This time record rainfall occurred in Guna district, Bamori area was flooded only in August. Now such a situation has become that the crops standing in the fields of the farmers have reached the verge of drying up. Due to lack of rain in September, this problem has arisen in front of the farmers. Now farmers have to irrigate with tube wells to save the crops.

The standing rice crop has started drying up in most areas of the district. Especially in the Bamori area, there is damage. This situation has arisen due to negligible rainfall in the month of September. However, this time there was record rain in the last week of July and early August. The district has recorded 1662 mm of rain during the season while the normal rainfall in the district is only 1053 mm. 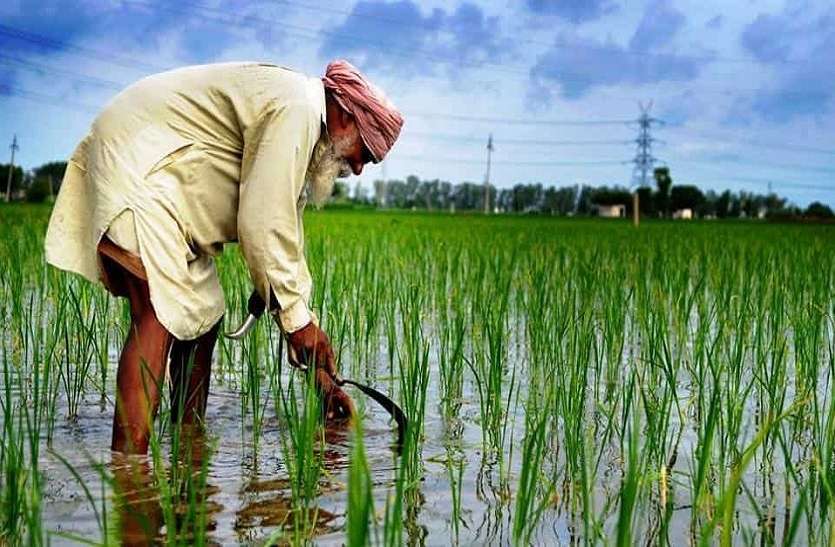 A record 2284 mm of rain was recorded in Bamori, but even after the record rain, the crops are drying up now. In order to save the crop, farmers are forced to irrigate with their own means. This time the sowing of farmers in the district was also very late. Soybean acreage was greatly reduced and maize and rice acreage increased by thousands of hectares. In Bamori area, farmers planted more rice crop.

Navratri 2021 artist made a living idol, these pictures of smiling mother are becoming very viral

Farmers of the area say that due to the continuous loss in soybean, this time most of the farmers had planted rice crop. Rice crop requires more water, but due to lack of rain in the month of September, there has been a shortage of water in the crop. In such a situation, now farmers have to irrigate with tube wells. Farmers are awake throughout the night to irrigate crops.

She Became A Guest Of Honor, Tears Spilled After Receiving Respect

Public Suffering Due To Inflation

Rain In The Afternoon, Change In Weather