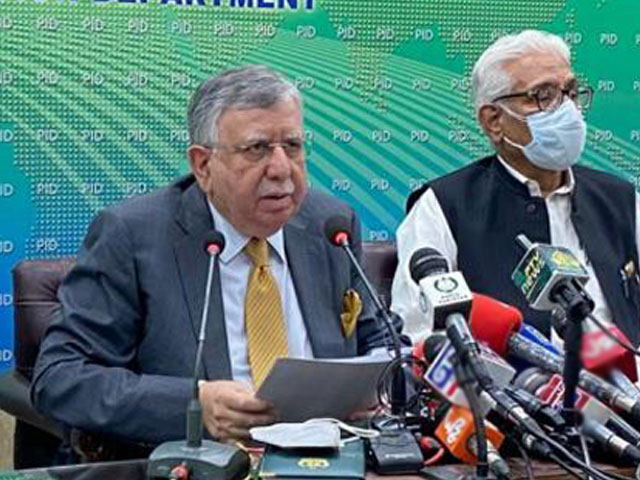 Difficult and unpopular decisions have to be made to correct the direction of the economy, Shaukat Tareen

Federal Finance Minister Shaukat Tareen says that The rupee depreciated due to its approach to the IMF.

Speaking at the US Institute of Peace in Washington, Finance Minister Shaukat Tareen said, “Pakistan’s economy was the fourth largest in Asia in the 1960s. Over time, we have lost the direction of the economy. Did not

The Federal Finance Minister said that Prime Minister Imran Khan inherited the economy in a state of disarray, our debts had reached an unstable level, we had to make difficult and unpopular decisions to correct the direction of the economy, turning to the IMF. And the value of the currency fell.

Shaukat Tareen said that the Corona epidemic affected the global economy but our government effectively countered the Corona epidemic, taking the economic growth rate from minus 0.5 percent to 4.5 percent. Industry, imports and housing reforms, we will grow at a rate of five percent this year and bring the fruits of development to the deserving class.

The Finance Minister said that Pakistan welcomes international investment in Gwadar, we are striving for sustainable development, we are providing cheap loans for agriculture, family building, issuing health cards to the weaker sections. The successful Pakistan program will provide cheap loans to 4 million households. The sixth installment of the loan with the IMF is the most important part of my visit. I have completed technical level talks with the IMF.

5000 teachers of ‘most literate state’ teaching without getting vaccinated, schools have been open since 1 month: government giving ‘religious’ reason

Honor Killing Supreme Court said Even after 75 years of independence,casteism has not ended