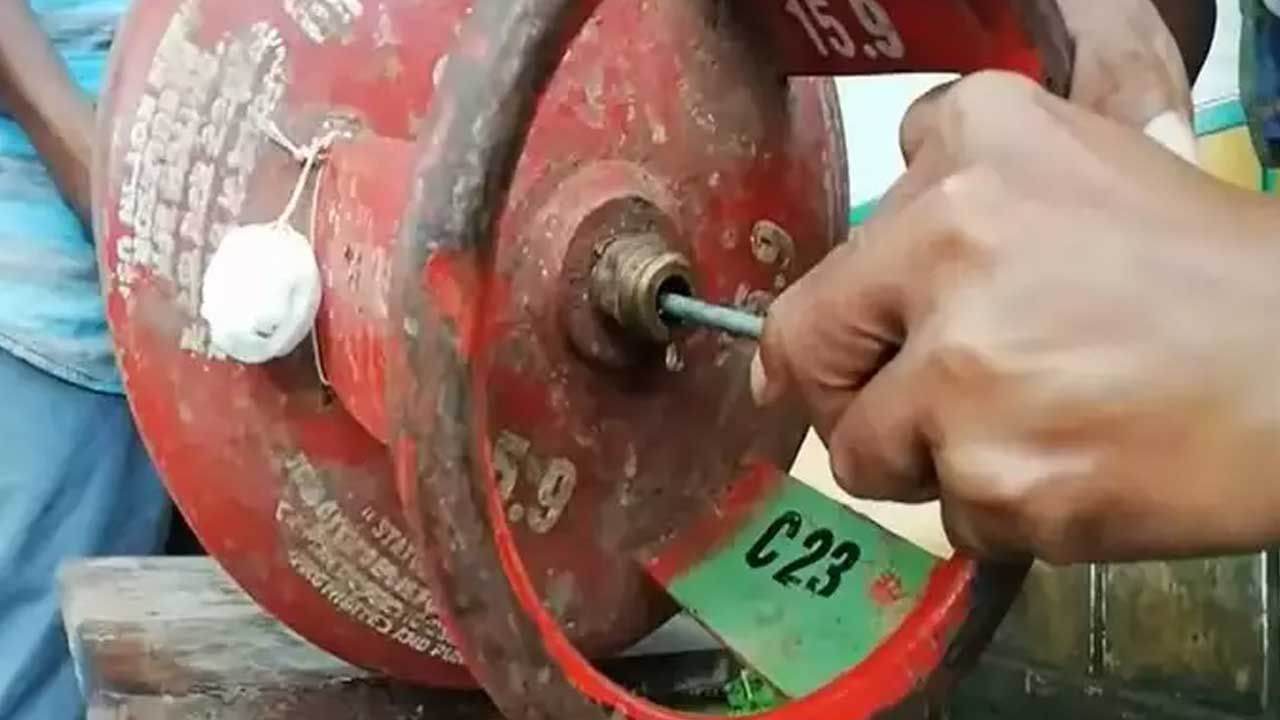 His was a typical middle-class family. It was in this order that he recently booked a gas cylinder for kitchen needs. However, the gas cylinder ran out within 10 days of being brought in exceptionally. Usually for a middle class family, the rock lasts for 4 to 6 months. With this came suspicion and when checked the original matter came to light. The incident took place in Prakasam district. Going into details .. Srinivasa Rao from Chirala Mandal Ramakrishnapura recently booked Gas Banda. The cylinder was delivered home by vehicle from Vetapalam Gas Agency. They paid cash and started using the rock in the kitchen. Unexpectedly, he had doubts when the gas ran out within ten days of using the rock. Didn’t understand for a while what actually happened. The gas was thought to have leaked. If there is a gas leak, does it smell? There is no such thing.

With this he carefully examined how quickly the gas cylinder could become. He was immediately stunned when he saw water coming out of the cylinder. Contacted the gas agency immediately. Srinivasa Rao was also confused when the gas agency managers told him that some cylinders were coming with water and that they would give another one. The incident has been the subject of much debate locally.

Also Read: Do you know if ‘Chhatrapati’ Suri is there now ..? You can not remember at all

100 km journey .. Strange noises from the car .. Shock when stopped and checked