No MNA should be deprived of right to vote on no-trust move, observes CJP – Pakistan

No MNA should be deprived of right to vote on no-trust move, observes CJP – Pakistan 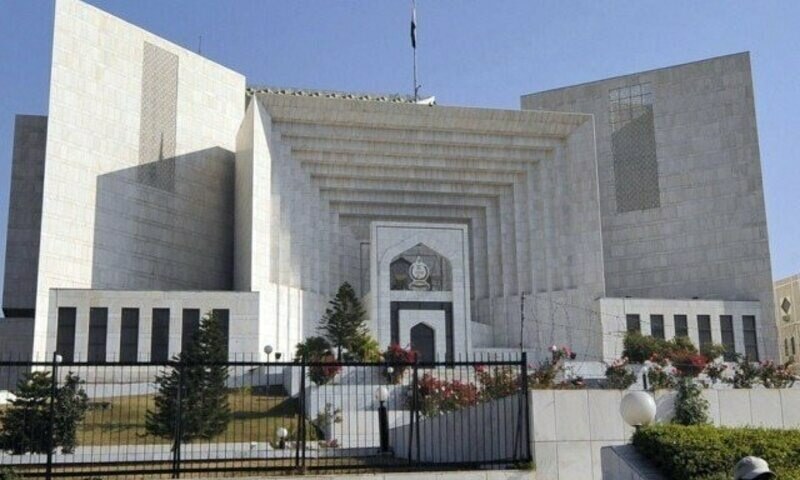 Chief Justice of Pakistan Umar Ata Bandial on Monday called for ensuring that no lawmaker was deprived of the right to vote for or against the no-confidence vote seeking PM Imran’s ouster, stressing that it is the constitutional right of every parliamentarian, Aaj News reported.

A two-member bench headed by CJP Bandial and comprised Justice Munib Akhtar heard the plea seeking peaceful execution of no-confidence vote proceedings in the National Assembly against Prime Minister Imran Khan. It also sought to prevent a possible clash between the opposition and government workers ahead of the no-trust move in the federal capital.

The Supreme Court had remarked that it would not interrupt the political proceedings happening in the country, but it would only consider legal perspectives on the issue.

Moreover, during the proceeding, the chief justice ordered unnecessary people to vacate the courtroom due to the crowd.

Opposition leaders Bilawal Bhutto, Shehbaz Sharif, Maulana Fazlur Rehman and Akhtar Mengal, along with other party leaders were at the top court.

During the hearing, the SCBA lawyer maintained that the opposition had submitted the no-confidence requisition on March 8 and the NA speaker was bound to summon the lower house of parliament session within 14 days.

He added that the NA speaker violated the Constitution by convening the session after 14 days, adding: “It is mandatory to summon the NA session within 14 days under Article 95 of the Constitution.”

“We have to see that no one is deprived of the right to cast their vote because of some event. Vote casting is the constitutional right of parliamentarian, ”CJP Bandial observed.

The lawyer contended that the NA session could not be postponed for an indefinite period till the decision on the motion.

This is the internal matter of the National Assembly. It would be better if the assembly’s war is fought in the assembly, ”the CJP said, adding that the court has to see that no one’s right was affected.

There will be a deal for deviant members

It would be better if the war of the Assembly is fought inside the Assembly: Chief Justice of Pakistan

Another killed a ‘live in’ partner! Like Aftab, was he going to tear her to pieces? RS News

Breaking: Atrocious.. The boy who raped and killed the girl.. RS News

Hrithik Roshan Controversy: How did Hrithik sit, the netizens’ eyes turned red as soon as they saw it, ‘Don’t forget…’ RS News

Goodnews… ‘Power’ to two new metros in Mumbai; Will run at full capacity by the end of the month – Marathi News |...

Yogi’s file came to me when I was chief minister, but I let him go: Akhilesh Yadav RS News

“Shinde is a traitor of 24 carats, will not return to Congress!”, Jairam Ramesh’s attack – Marathi News | ‘Jyotiraditya Scindia a 24-carat...