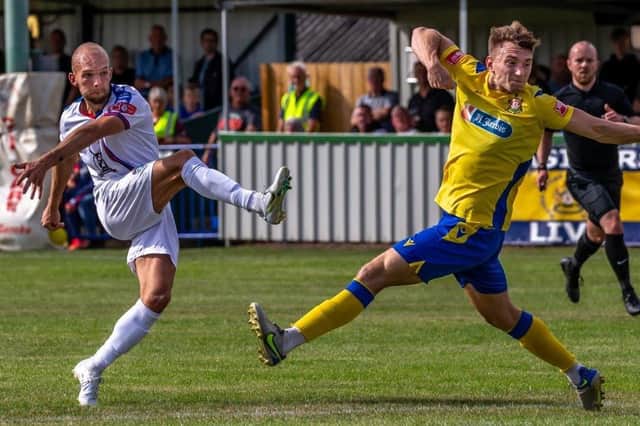 The striker has linked up with Danny Ellis’ men, ending his short spell at the Towbar Express @ The Turnbull Ground having joined Liversedge in the summer.

Walker scored another for the Seasiders, that goal coming as Whitby Town came back from two goals down to draw 2-2 with Darlington in the pre-season.

In total, Walker made eight appearances for the Blues, and leaves to join a Lions side who were relegated from the National League North last season, but are looking to make an immediate comeback after a strong start to their league season.

A club spokesman said: “Whitby Town would like to thank Nicky for his contribution to the club during his short time with us, and we wish him well for the future.