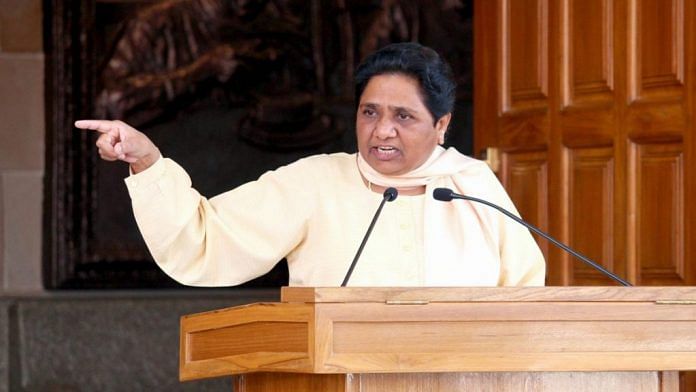 Mayawati alleged, said- Central and state governments are not following the constitution


Lucknow: Bahujan Samaj Party (BSP) President and former Uttar Pradesh Chief Minister Mayawati on the occasion of Constitution Day on Friday, accusing the central and state governments of ignoring the Constitution, said that her party will not take part in the programs on Constitution Day. .

Talking about the rights of Scheduled Castes-Scheduled Tribes (SC-STs) and Other Backward Classes (OBC), the former Chief Minister said, “Provision has been made in the Constitution for reservation in education and government jobs and other necessary facilities, but its full benefit is in these.” The people of these classes are not getting it, due to which the people of these classes and our party are worried and sad. BSP advises that the central and all state governments must pay attention to this.

Cautioning the Dalits from the state’s main opposition Samajwadi Party, Mayawati said that “people from these sections should be especially wary of those parties like SP which tore the SC-ST reservation bill in Parliament and then it as part of a conspiracy”. was not even allowed to pass. Such parties can never develop and uplift these sections.

Read also: Mayawati said – other parties are copying the work done in the BSP government

The new coronavirus ‘Omecron’ is no more dangerous than the Delta, says Dr. Fossey

Vaccination Program for Children Under 18: Interpretation by the Associate Minister of Health

All Eyes Set On Genome Sequencing Reports Of 246 Covid Patients

Industries that do not use clean fuel in NCR will have to shut down immediately, CAQM orders

Why better than MRI ICT scan?

Israel’s Opaganib Covid Pill May Be Potent Against Omicron