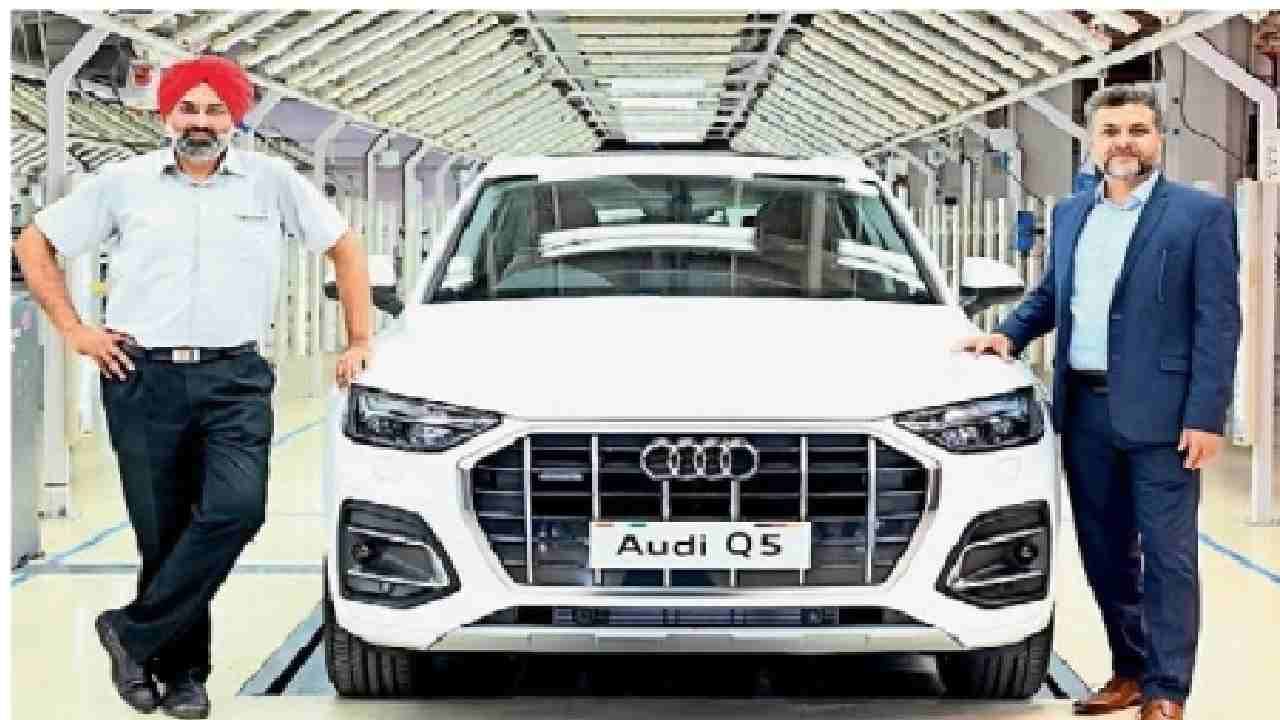 Q5 was unveiled at an event in Aurangabad.

Aurangabad: German leading automobile company Audi (German Audi Q5,) has started production of a brand new empty Q-5 facelift SUV model at its Aurangabad plant. Gurupratap Boparay, Managing Director, Skoda Auto Volkswagen India Pvt. Ltd. and Balbeersingh Dhillan, Head, Audi India, unveiled the Q5 at an event recently. The company had stopped production of the vehicle last year. The company had stopped production of the car last year after the Indian government imposed BS-6 rules. Since then, the Q5 is all set to enter the Indian market in a new form. The luxury car will go on sale in November.

Audi has been in production since 2007

Audi has been manufacturing the स्koda Auto Volkswagen India Pvt Ltd project at Shendra five-star MIDC in Aurangabad since 2007. The Audi Q5 was previously available in diesel models. However, the company stopped production of the car last year after the Indian government enforced the BS-6 rules. A spokesperson for the company said that the Q5 facelift, which has a petrol engine, will be manufactured at the Aurangabad plant in October.

The Q-5, manufactured in Aurangabad, has a 2.0-liter turbo petrol engine. LED headlamps, radiator grilles make it look more stylish. Some features are similar to Audi A6. The touchscreen dashboard on the MIB3 infotainment platform is powered by Alexa. In India, the Q5 will compete with BMW X3, Land Rover Discovery Sports and Mercedes Benz GLC.

Gurupratap Boparai, Managing Director, Skoda Auto Volkswagen India Pvt Ltd and Balbir Singh Dhillon, Head, Audi India, unveiled the Q5 at an event recently. The car will be available for sale in the market from November. The rates will be between Rs 53 lakh and Rs 58 lakh. The company’s Aurangabad plant currently manufactures Audi A4, Audi A6, Audi Q5, Audi Q7, Audi Q3 and Audi A3 sedans.

Endress + Hauser (India) Pvt. Ltd., a company based in Waluj Industrial Estate, has recently taken a big step by implementing the ‘Go Green’ concept. The company provided two battery-powered buses for its employees. The two buses were inaugurated by the dignitaries by releasing balloons in the air. This time the blue cloth on the bus was removed. Everyone welcomed the new bus with a round of applause.