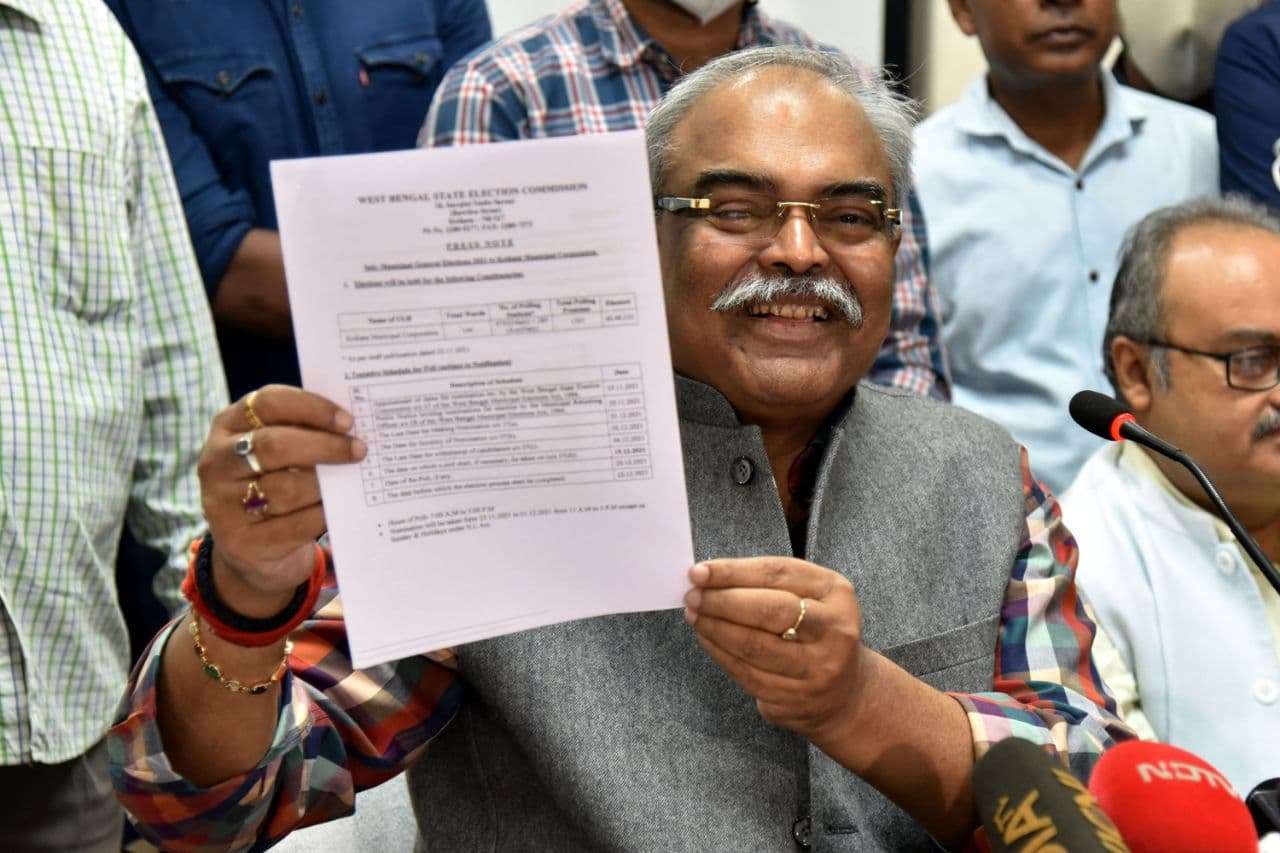 Voting on December 19, model code of conduct comes into force
– The election process will end on December 22
Kolkata. The Kolkata Municipal Corporation (KMC) elections will be held on December 19. The State Election Commission made this announcement on Thursday, bypassing all the confusion. State Election Commissioner Saurav Das told reporters that all the 144 wards of KMC will be elected following the Corona rules. Voting will be conducted through EVMs. The election process will end on December 22. The model code of conduct came into force from Thursday itself.
—
40.48 lakh voters
He said that on December 19, voting will be held from 7 am to 5 pm. 40.48 lakh voters will exercise their franchise in a total of 4742 polling stations. Corona related restrictions will remain in force during the election campaign.
—
Enrollment by 1st December
The process of nomination of candidates has started. December 1 is the last date for submission of nomination papers. Nominations can be withdrawn till December 4.
—
Only five people in the campaign
The State Election Commissioner said that at the time of filing nominations, at most two people will be able to accompany the candidate and during the door-to-door campaigning, five people will be able to stay together. There will be a ban on organizing large gatherings and processions from 7 pm to 10 am. The campaign will end 72 hours before the polling.
—
Counting announced later
The state election commissioner said the date for counting of votes has not been decided yet. It will be announced later. But Election Commission sources said that the counting of votes will take place on December 21.
—
KMC elections at a glance
Last date for filing nomination is December 1
Last date for withdrawal of nomination is December 4
– Voting December 19
– Counting of votes December 21
—
No stay of High Court on notification of election
Kolkata. The Calcutta High Court on Thursday refused to stay the notification issued by the State Election Commission for the elections to the Kolkata Municipal Corporation. As soon as the notification of the commission was issued, the BJP took refuge in the High Court. Drawing the attention of a division bench of Chief Justice Prakash Srivastava, the BJP’s counsel told the court that the commission had assured the court that the notification would not be issued until the court’s decision on the civic polls. How did the commission issue notification for the Kolkata Municipal Corporation elections only when the trial was pending. The Chief Justice asked the advocate of BJP to submit his written statement in the court. The matter will be heard on Monday.
—
Elections of all bodies till April
During the debate in the High Court, the Advocate General of the state said that there is a plan to hold elections in all the municipal bodies of the state by April 30. The Advocate General said that the State Government and the Commission have already said that voting will be held on December 19. The first elections are being held in Kolkata because medical facilities are better here.

Cyber ​​Alert: Are Banks ‘Spying’ You Through App?

Commonwealth Wrestling Championships: Wrestling championship canceled due to new variant of Corona, was to be held in South Africa

The second Test, the national team will arrive in Dhaka today