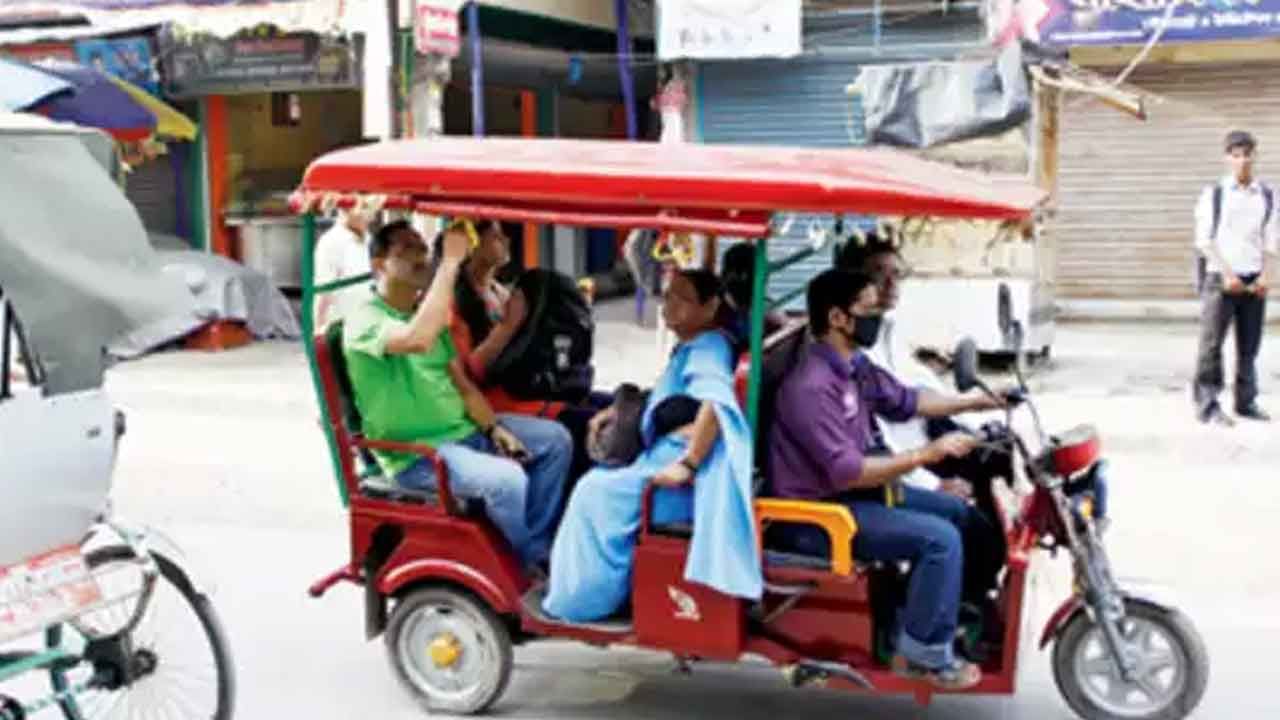 Demand for increase in rent of Toto in Jalpaiguri

Olives: Talk about a price increase market! The price of everything is rising. The price of fuel has gone up, naturally the price of bus ticket has gone up. Even if you go to the market, you have to eat scorched hands! Above all, the rent of the ‘rival’ auto has increased.

But why will Toto stay behind? If you press Toto, you have to pay 20 rupees. This time the Toto drivers are protesting demanding a minimum fare of Tk 20. Led by the leftist Toto Driver’s Union.

Jalpaiguri is practically hot with all this on Thursday. Leaders and activists of the leftist Toto Drivers’ Union staged a protest in the municipality demanding a minimum fare of Tk 20 for Toto. They claim that when the price of everything is going up, the condition of Toto drivers should also be kept in mind. In order to survive in this market, everyone should pay a minimum rent of at least 20 rupees. If not, how will their family?

The CITU-approved Toto Drivers’ Union has started a movement to demand increase in fares for Toto drivers. They marched across the city of Jalpaiguri on Wednesday afternoon demanding an increase in fares. Then they arrived in procession in front of the municipality. They protested there.

They claim that commodity prices have risen at an unusual rate in the Corona situation. Besides, the price of electricity has also gone up. So Toto’s rent needs to be increased immediately. The minimum rent is 20 rupees. They handed over their memorandum to the executive officer of the municipality on this day.

A Toto driver said, “If a passenger gets on a Toto, wherever he goes, he has to pay a minimum fare of 20 rupees. This is what we want. This time, if one more passenger gets on that Toto, then the fare will be reduced by sharing. But we cannot take this decision on our own. The administration made no decision. We want the administration to think in an organized way about Toto drivers. Many of us here now spend our days running Toto. We have to think about Kovid as well. ”

Executive Officer of Jalpaiguri Municipality Vijay Kumar Roy said, “They have submitted a memorandum regarding the claim. I heard their demands. At first, they said, they gave their demands in writing. Before the rent of Toto was 10 rupees, they are talking about increasing it to 20 rupees. In fact, they are traveling in Kovid with few passengers. The family is not running on their income. ” Problems with Toto’s parking have also come up. He said, “There were some problems with their parking. They said the police administration was not making any permanent arrangements for parking. The deputation has been given to the chairperson. So he will take the decision. ”

Read more: Khejuri Clash: The night is over, the police are guarding Khejuri! But the fear is, ‘Uniformed bombings won’t happen again’

Mamata Banerjee on Municipality Election: The rest of the state polls will be held in the next 2-3 months Chief Minister Mamata Banerjee...

Extension for submission of caste validity certificate for engineering admission

Farmers Protest: Farmers ‘agitation is likely to end .. The final decision will be announced tomorrow, the farmers’ union unity! | Farmers’...

There is no point in any front against BJP if not Congress, said Sanjay Raut after meeting Rahul Gandhi. After meeting with rahul...

Hardipsingh Puri, a staunch supporter of the central government, ordered an inquiry into the scam in the smart city project

After spending 107 days in jail, the bangle man who was beaten up by the mob got bail

Sanjay Raut | The front should be the same, the leadership will be later; Raut’s reaction to Rahul Gandhi’s visit | ...