The Australian Federal of Islamic Councils (AFIC) has invited two Taliban extremists as speakers to speak in a live webinar to be held on 16 October 2021. The move by the Islamic Council has been opposed by Afghan refugees and Australian veterans.

The two people of the Afghan Taliban who have been invited include Sheikh Suhail Shaheen and Sheikh Syed Abdul Bashir Sabri. The special thing is that earlier when the Taliban had occupied Afghanistan after the departure of US forces, Shaheen was interviewed by Australian and international media.

According to the statement released by AFIC, they have brought together a ‘renowned panel of speakers’ for the webinar. If they are to be believed, the panel will “discuss the future of Afghanistan and our role, whether we are in favor or against the recent developments.”

Sitarah Mohammadi, a Hazara Muslim and refugee lawyer from Afghanistan, called it “totally wrong”. He said it was “horrifying” that Taliban extremists were getting a platform to address the Islamic community in Australia, where they would be carrying out Taliban propaganda.

The Hazaras, as long persecuted religious minority are currently facing forced land evictions and ethnic cleansing at the hands of the Taliban in Afghanistan. This event would allow the Taliban to advance its push for global legitimacy, & strengthen its oppressive rule.

He added, “While members of the Hazara community, my family and I escaped from Taliban rule in the late 1990s. It is quite painful to see such faces at such a major event. Our people have suffered so much at their hands and continue to do so even today.”

According to Mohammadi, the event will help the Taliban gain global legitimacy. This would have the effect of unlocking locked international funds, thereby strengthening the repressive regime in Afghanistan under the Taliban. He also said, “It makes it legitimized to have those members on the panel.”

Dangerous to give platform to Taliban

Liberal member Herbert Phil Thompson opposed AFIC’s move, calling it wrong and saying it would anger veterans. Thompson was once seriously injured in an IED blast while he was working for the military in Afghanistan privately. “These two Taliban men should not be given a platform. The Taliban is an unrecognized government.”

He added, “We have seen young girls being stopped from going to school. We see that girls and women are treated as property. They are barbarians. This organization should not be given a platform in Australia.”

Senator James Patterson, chairman of the Federal Parliament’s Intelligence and Security Committee, also warned about the move. He feared that it would allow them (the Taliban) to ‘support their claims of legitimacy’. “Instead, we must do everything we can to advance the cause of freedom for the millions of Afghan girls and women who now live under the control of a regime with a history of violence and brutality,” Patterson continued.

NSW Labor Police and counter-terrorism spokesman Walt Secord also opposed such an event. He said, “This incident looks like a road map of bigotry. I am deeply offended that any organization in Australia would provide a platform to the Taliban and their primitive ideas.”

AFIC President Dr Rateb Zenid said he had invited members of the Taliban to hear about their intentions as the ruling regime in Afghanistan. He claimed that many Australians were concerned about what was happening in Afghanistan with the loved ones of Muslims. He said, “We have many families of Afghan background who are concerned for their loved ones in Afghanistan, and they want to hear about the intentions of the government there. We will do everything possible to ensure that we send the message to our youth not to go to Afghanistan.”

Justifying the move to give a platform to the Taliban, Zenid said, “The Taliban have been given thousands of platforms all over the internet, they don’t need to give us a platform.” The proposed event will be attended by Zenid, the National Grand Mufti of Australia, Imam Abdul Quddus Al Azhari and Islamic legal scholar Professor Mohamed Naqib Jan as speakers.

AFIC’s chief executive, Keiser Tade, defended his decision and called the Taliban ‘recognized as the government of Afghanistan’. He said the AFIC sought to prevent young Australian Muslims from traveling to Afghanistan for ‘the wrong reasons’, as people previously traveled to Iraq and Syria to join Islamic groups.

He claimed that AFIC believed the Taliban would support young Australian Muslims in persuading them not to travel to Afghanistan. He added, “We don’t want to see our kids involved in foreign affairs and we certainly don’t want to see them in the Supermax jail either.” 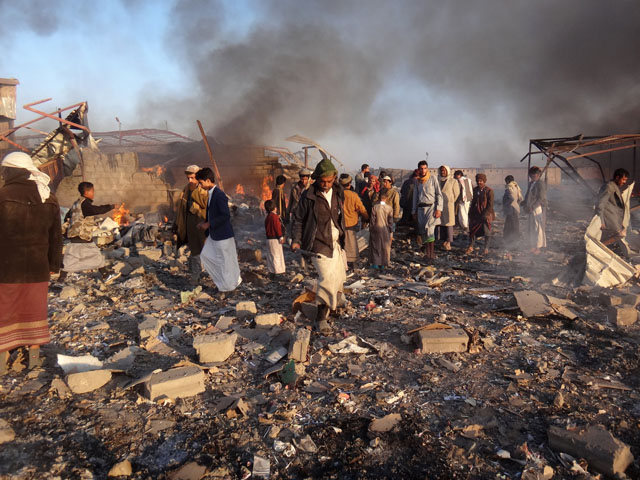 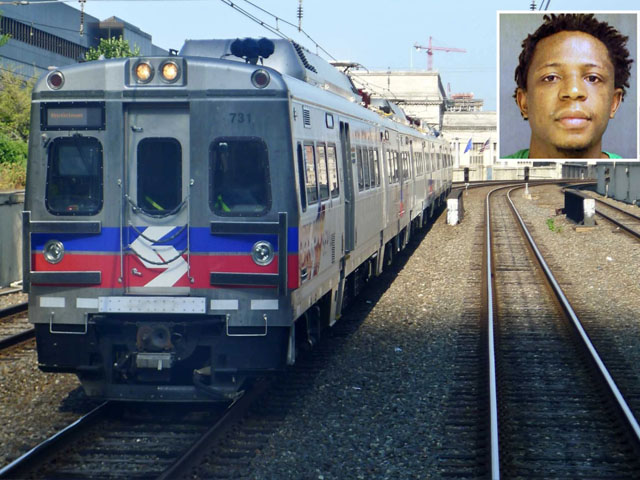 United States; A woman was sexually assaulted on a passenger... 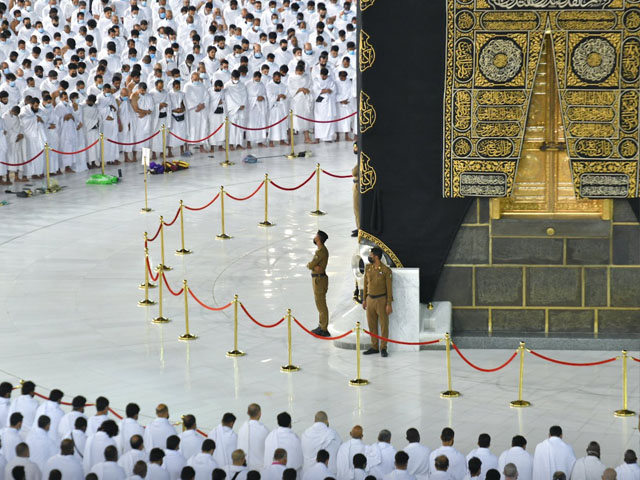 The Kaaba was filled with worshipers at the end of the... 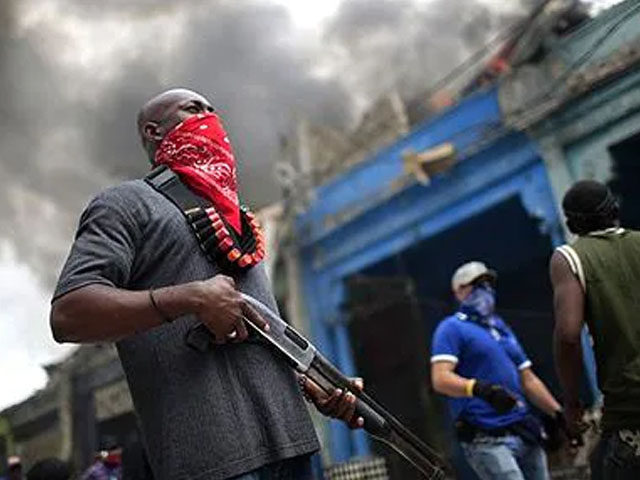 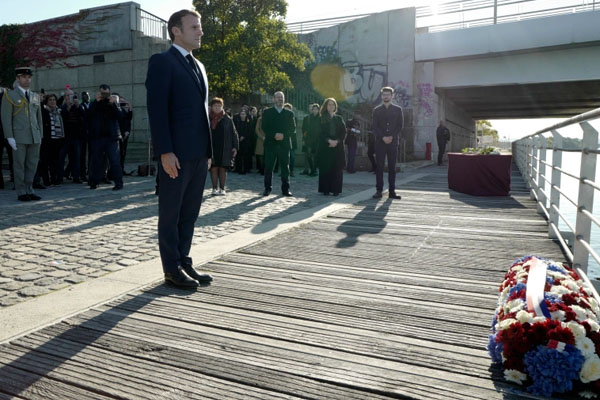 France has condemned the massacre in Algeria 60 years later as... 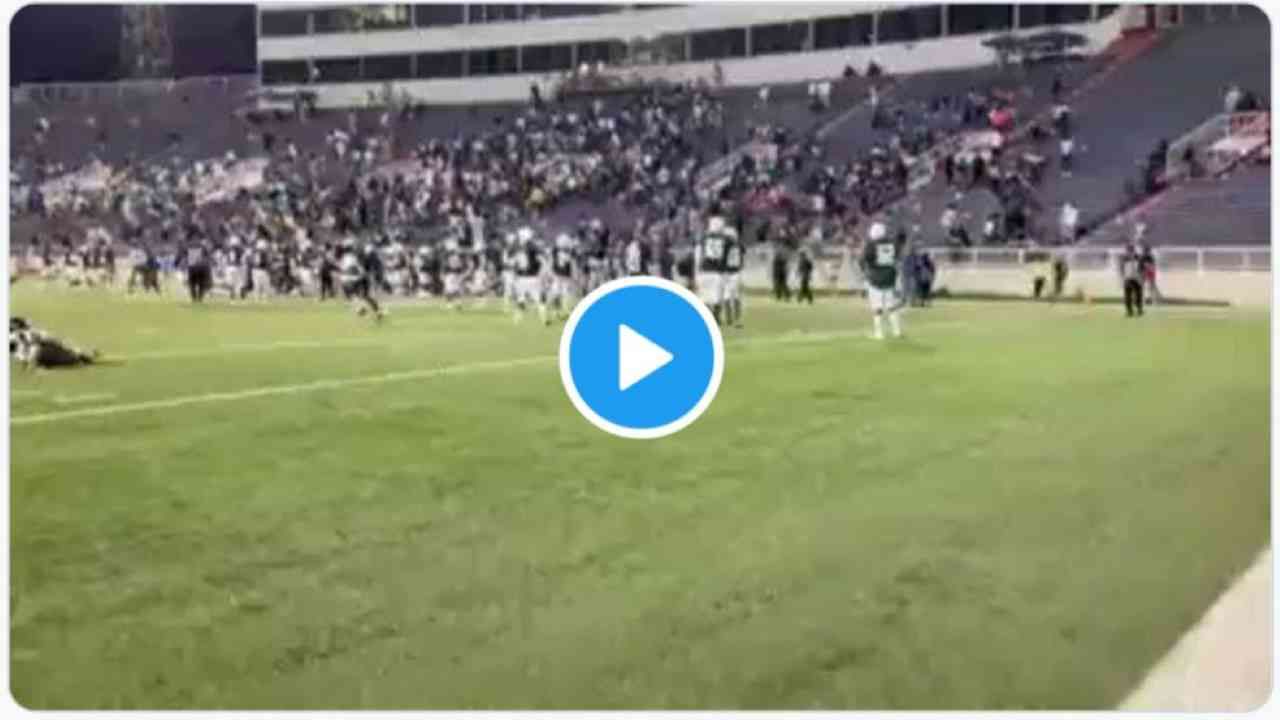 Video | Indiscriminate shooting in a football match, players save... 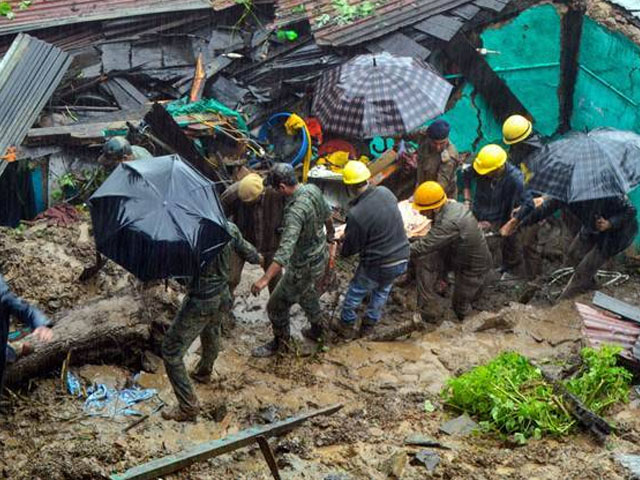 The police denied the news of the death of a 10-year-old...

‘Prophet Muhammad broke 360 ​​idols in the Kaaba, those who followed... 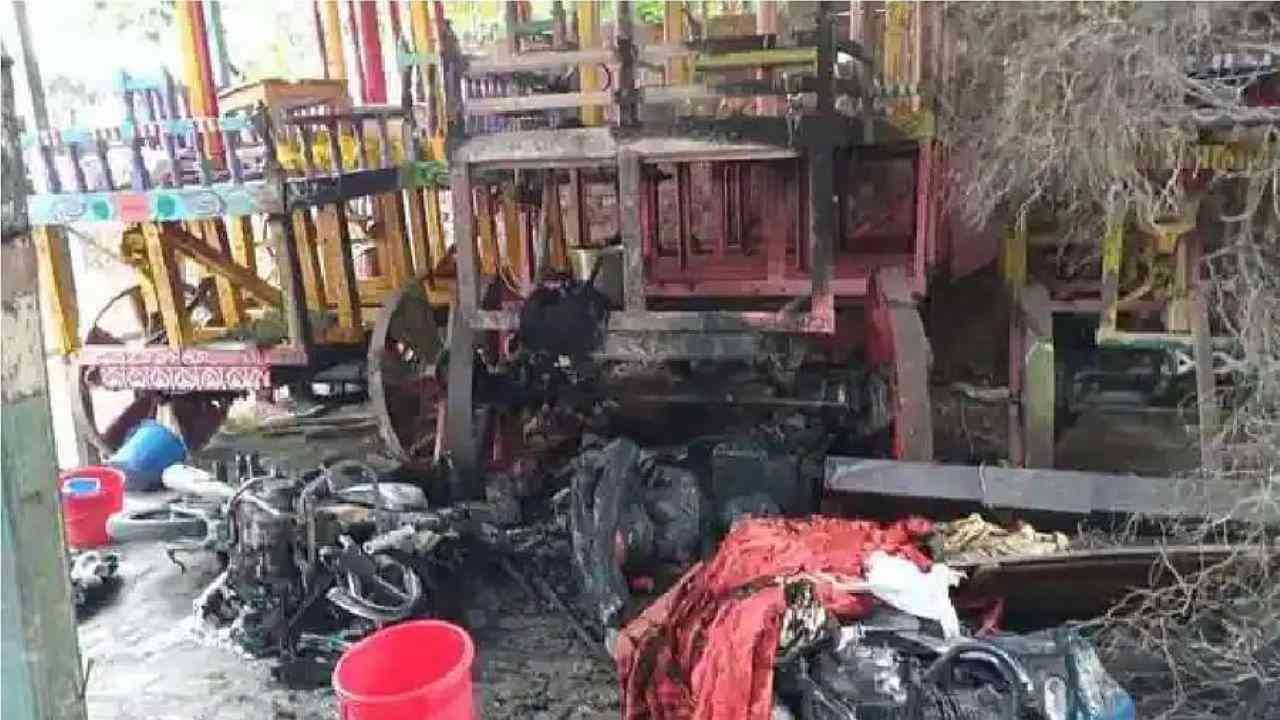 Bangladesh: Devotee killed by mob at ISKCON temple, in front of... 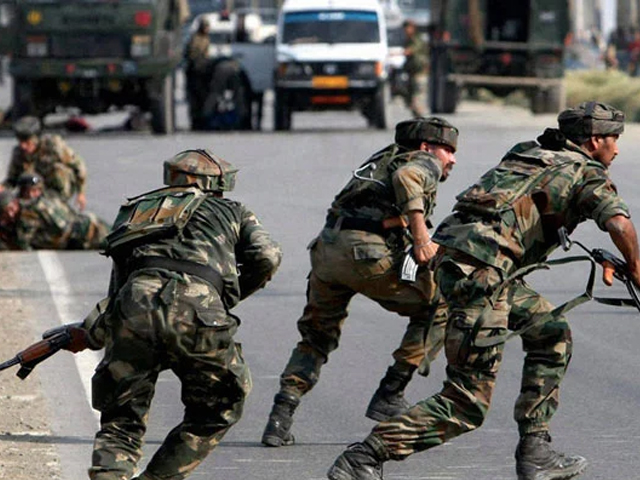 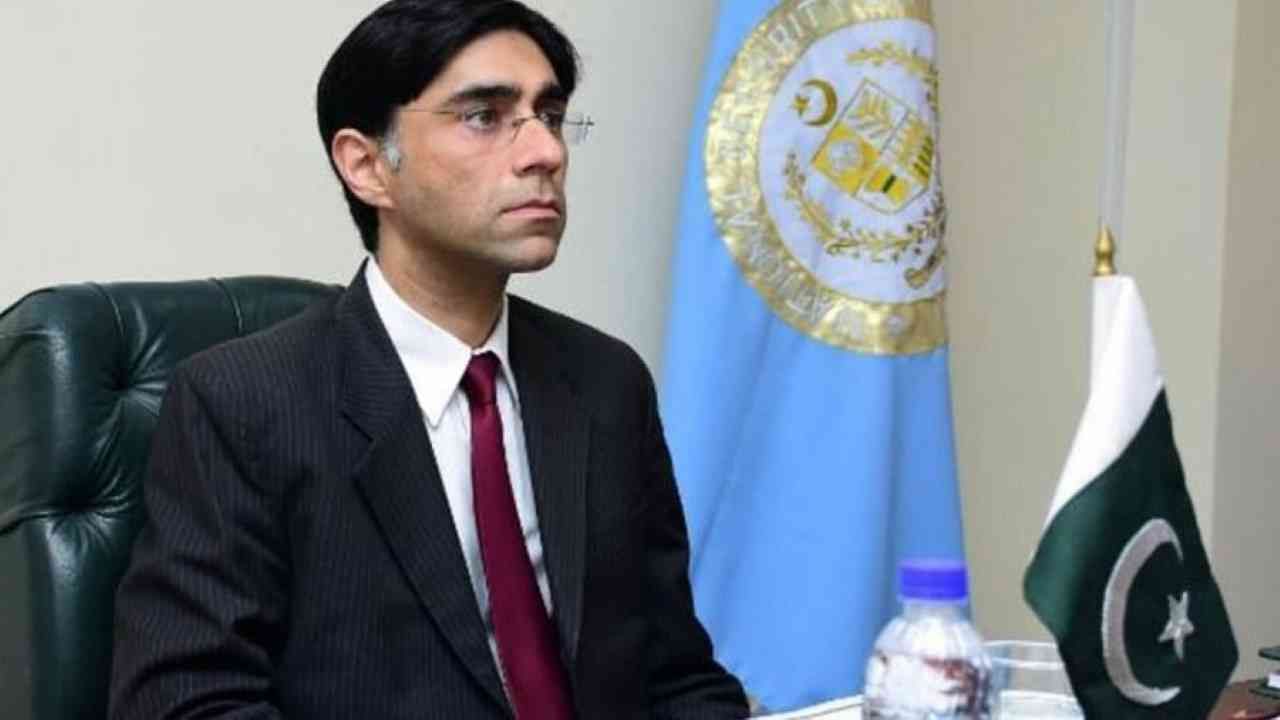 Pakistan’s NSA Moeed Yousuf on a visit to India, brainstorming on...