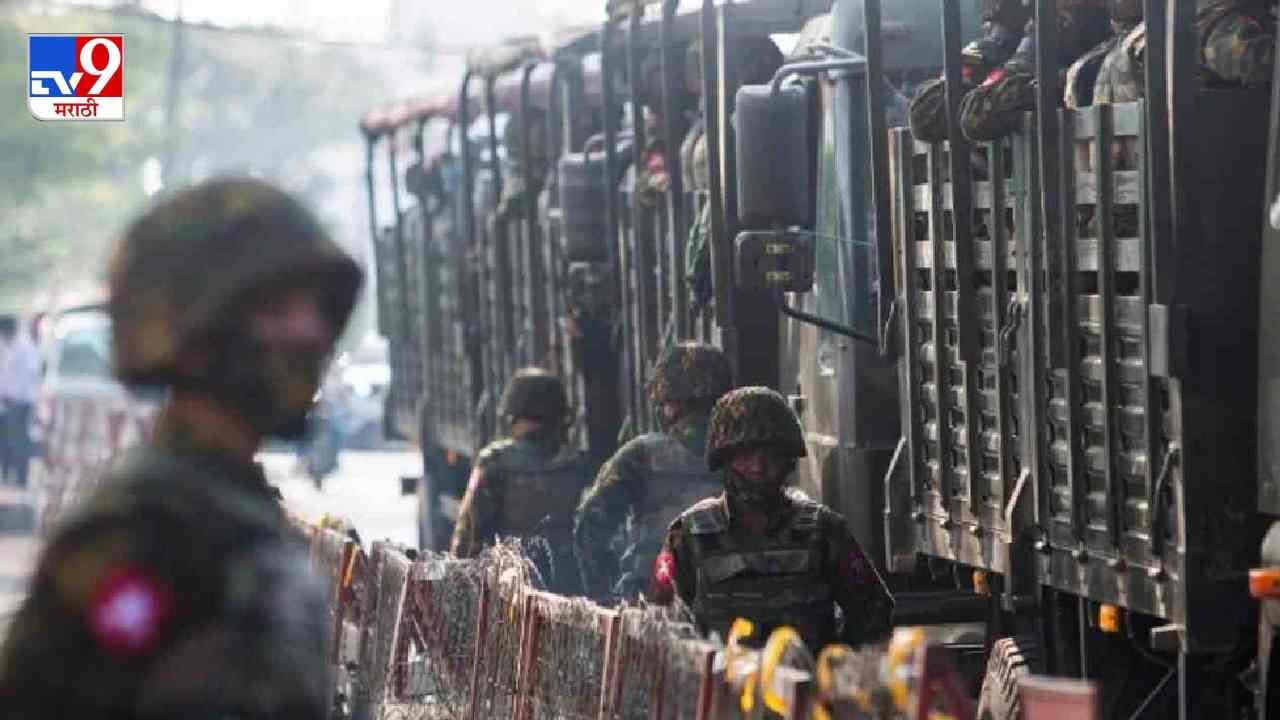 At least 30 soldiers have been killed in violence between the army and rebels in Myanmar. According to the information received, the incident took place in Saging area. Over the past few days, civilians have taken up arms against the military throughout Myanmar, raising the possibility of a civil war in Myanmar. According to Radio Free Asia, rioters rioted in the area, breaking into several homes and then being attacked by People’s Defense Force (PDF) troops. In which 30 junta soldiers are known to have been killed. (30 troops killed in clashes between military and rebel groups in Sagaing Myanmar)

Towards the Myanmar Civil War

A PDF spokesman said at least 30 soldiers, including the strategic commander, had been killed. The incident took place on Monday when a landmine exploded in a military convoy. A spokesman said the convoy had been waiting since Sunday. Because the senior commander was going to go with them. There was an uprising in Myanmar on February 1 and the country has been in turmoil ever since. Myanmar Army Senior General Ming Aung Hiling overthrew the government and declared a year-long state of emergency in the country. Since independence, there have been large-scale demonstrations in the country, with violence taking place.

Expressed concern over the situation from the United Nations

Recently, the UN High Commissioner for Human Rights has also IGed concern over the situation in Myanmar. Concerns have been raised by the Human Rights Commission about the deployment of military junta troops and the large-scale collection of weapons in many areas or cities with Myanmar’s civilian population. The United Nations says the deployment of two high-ranking commanders has raised concerns.

Raveena Shamdasani, a spokeswoman for the UN High Commissioner for Human Rights, told reporters in Geneva that the current situation in Myanmar was “worrying” as the country’s military had deployed large arms and troops in recent weeks. She said the army has been deployed in Kanpetlet and Hakha townships in the Chinese state, Kani and Moniva townships in the central Saging region, and Gango townships in the Magway region. The internet in the area has also been shut down, the spokesman said.

Another plane crash in California kills another, including a native Pune doctor

United States; A woman was sexually assaulted on a passenger train

The Kaaba was filled with worshipers at the end of the Corona Restrictions, pathetic scenes

Video | Indiscriminate shooting in a football match, players save lives by sleeping on the field, captured on camera | shooting at...

The police denied the news of the death of a 10-year-old Hindu girl in Bangladesh and the gang-rape of her maternal grandmother, told- rumor

‘Prophet Muhammad broke 360 ​​idols in the Kaaba, those who followed him on his own path’: the writer recalled the situation in Bangladesh

Pakistan’s NSA Moeed Yousuf on a visit to India, brainstorming on Afghanistan issue, after 5 years, Pakistani official in India? | Pakistan...