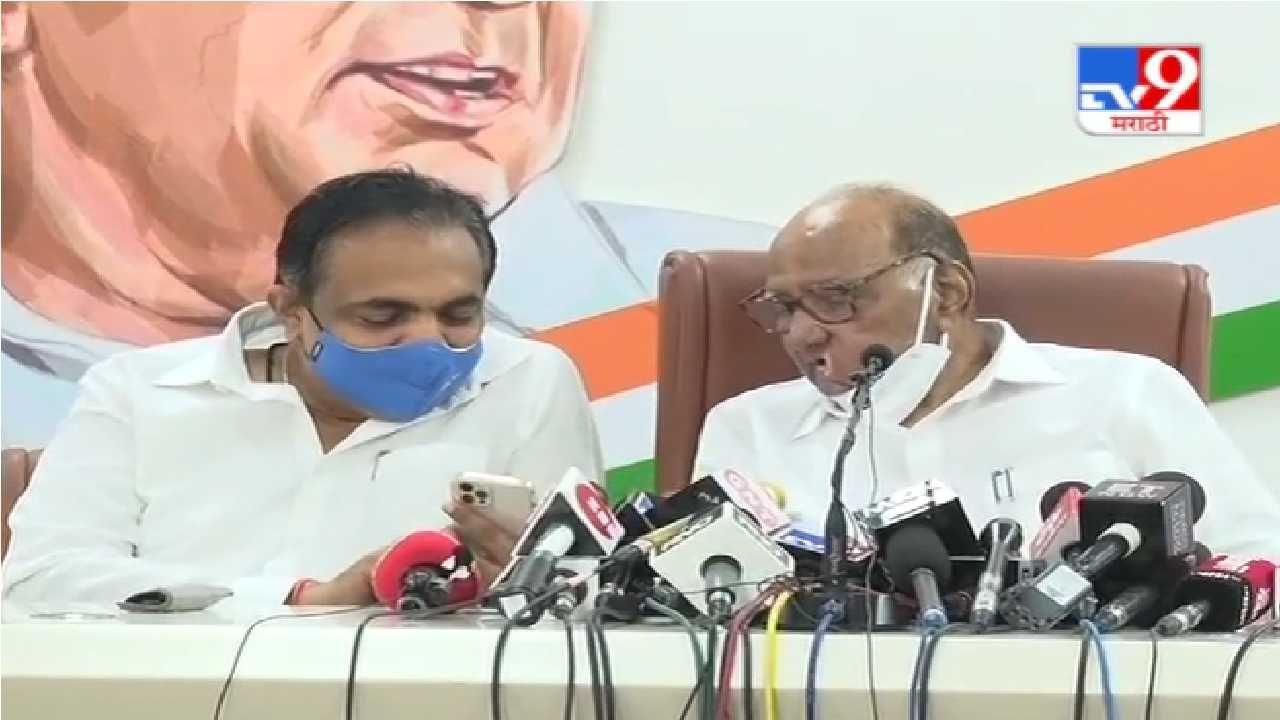 Mumbai : NCP President Sharad Pawar on Wednesday took journalists to Mumbai and IGed solid views on issues like ED CBI raid, NCB action, Lakhimpur incident, Maval shooting and many other issues. At the beginning of the press conference, Pawar made a very different estimate. Saying that the son of NCP state president Jayant Patil proposed to a girl at the Eiffel Tower in Paris, Pawar said sarcastically that he should keep an eye on where his children would go and what they would do. Jayant Patil recognized Pawar’s mood. In the next few minutes, Jayant Patil took out a mobile phone from his pocket and showed the video to Pawar that former Congress leader, current BJP leader Harshvardhan Patil had made suggestive remarks from the CBI, ED’s inquiry.

Currently, there is a flurry of ED and CBI raids. Leaders of non-BJP parties are targeted by the ED-CBI-Income Tax department. Opposition parties have repeatedly accused the central government of retaliating. In a way, Harshvardhan Patil’s words sealed it. He meant that there was no inquiry after joining the BJP.

Pawar was raining down on BJP from ED-CBI-Income Tax line, at the same time…!

The same video of Harshvardhan Patil has been going viral on social media for the last two days. Jayant Patil showed the same video to Sharad Pawar. That’s the perfect moment! At his press conference, Pawar was raining down on the opposition from the ED-CBI-Income Tax line. At the same time, Jayant Patil showed the video of Harshvardhan Patil to Pawar.

What exactly did Harshvardhan Patil say in Mavla?

Harshvardhan Patil is well known for his eloquent speeches and mischievous statements. Speaking in Maval, he gave an answer as to why he left the Congress and joined the BJP. ‘The stage is funny. We had to join the BJP. Someone sat on the stage and asked why did you join BJP? So I told him, instead of asking me, ask your leader why Harshvardhan Patil joined BJP? Everything else is cool now, sleepy, sleep well, no inquiries etc. ‘, said Patil. Patel’s statement made everyone present on the stage laugh out loud.