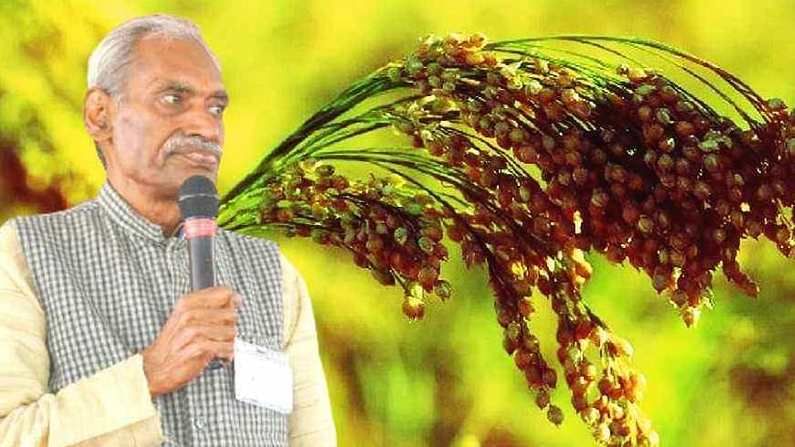 Subhash Palekar who implemented the concept of ‘Zero Budget Farming’

Mumbai : Over time, the agricultural business has undergone radical changes. With this change (Use of chemical fertilizers) the use of chemical fertilizers has increased and various diseases have also started to take root due to this fertilizer. Production has increased but the same health care for which it has been started has been replaced by this farming method. So the discussion of organic farming is starting again. Organic farming is the basic concept of ‘Zero Budget Farming’ in Maharashtra. This type of agribusiness is needed today. This farming was started by Subhash Palekar of Belora village in Vidarbha. Let’s know their purpose and everything.

Organic farming is now just a name. The use of chemical fertilizers has increased significantly in line with the increase in production. This is having an adverse effect on the health of the citizens. Therefore, it is time to cultivate the old method again. That is, it is time to move on to organic farming. Agronomists also agree that the growing use of chemical fertilizers is dangerous. If this situation continues, then natural agriculture i.e. zero budget agriculture will be the only option left.

Subhash Palekar from Vidarbha has the basic concept of ‘Zero Budget Farming’. There is a need for this farming method again. He farmed on native cow dung and cow urine. No use of accounts, no state-of-the-art irrigation facilities. This natural farming is now being discussed all over the country. According to a report by the Union Ministry of Agriculture, 4.09 lakh hectares have been covered so far under zero budget natural agriculture.

Who are the Palekars doing ‘Zero Budget Farming’?

Subhash Palekar was born in 1949 in the village of Belora in Vidarbha. He graduated in agriculture from Nagpur. After completing his education, he started chemical farming with his father in 1972. The production from chemical farming was plentiful but due to the use of fertilizers the quality of farm land was deteriorating. After realizing that the use of fertilizers was depleting the soil, he started studying natural agriculture. After three years of study, he concluded that agricultural science was based on false principles. And this gave rise to natural agriculture as an alternative to agriculture.

Production using chemical fertilizers means we are supplying toxic food. If this is to be stopped, there is no alternative but natural agriculture. Natural diseases do not cause any diseases. Subhash Palekar is confident that once he gets used to organic food, he will never use chemical fertilizers again. He said only one cow is needed for natural farming. Palekar also said that only one cow’s cow urine and dung is required to cultivate 3 acres of land. Without ‘zero budget farming’, farmers’ suicides cannot be prevented. Because of the mismatch between the cost of chemical fertilizers and the actual production, farmer suicides are on the rise. (The concept of ‘zero budget farming’ is in Maharashtra, again the need for this new farming system)

In the last two days, 90 lakh farmers have registered through e-crop survey

Insect infestation on cotton after rains, what is the remedy?