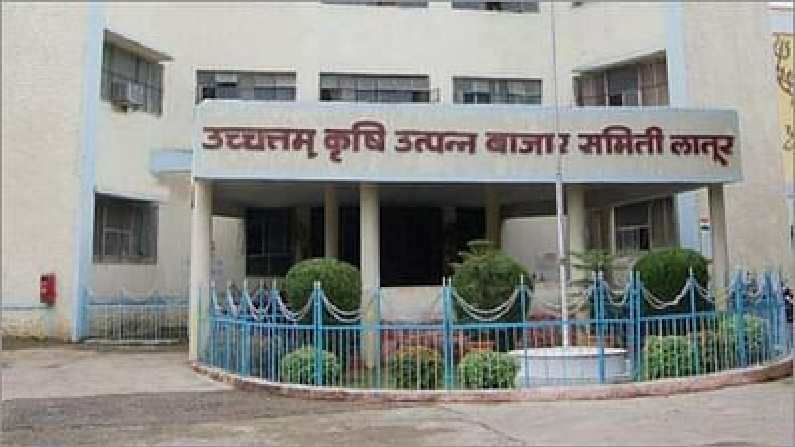 Latur: The Soyabean Rate is now having a direct impact on the market. Soybean arrivals had declined on Wednesday due to lower rates. Soybean arrivals had also increased in the last four days after the onset of rains. (Latur Market) However, soybeans fetched only Rs 5,100 per bag at the Latur Agricultural Produce Market Committee on Tuesday. As a result, farmers have turned their backs on soybean sales. At the beginning of the season, soybeans were priced at Rs 11,000. Compared to that, the rates have now come down to half.

Although soybean is the main crop in the kharif season, farmers have suffered the most from this crop this year. So the problem of irrigation had arisen but now there was excess rainfall during the harvest. So soybeans are still in the field.

The rains have accelerated over the last four days. So here in the market prices are falling. Soybeans, which stood at Rs 6,800 per quintal, had touched Rs 5,300 on Wednesday. On Tuesday, soybeans had the lowest price at Rs 5,100. Oilseed prices are falling while edible oil prices are rising day by day. So now the farmers are alleging that they are being cheated.

Arrival of 5000 thousand quintals of soybean

Latur Agricultural Produce Market Committee is considered important for soybean. This is because soybean prices are not only deducted from the same market committee, but also in Marathwada. Soybeans from Marathwada, Karnataka and Solapur are also imported to the Agricultural Produce Market Committee of Latur. This year, however, soybean turnover has been stagnant since the beginning of the season. On Wednesday, 5,000 quintals of soybeans arrived.

The central government had opened up one or more options to control edible oil prices. In the meantime, import duty on edible oil was reduced. However, despite this, the price of edible oil is still rising. On the other hand, oilseed prices are falling. Soybean prices have started falling steadily. Besides, soybean harvesting is still going on. The question before the farmers is what will happen if the income increases in the future.

The urad crop has given a real boost to the farmers. Udda had received a rate of Rs 7,000 since the beginning of the season. Although there have been some fluctuations in this, the money of the farmers has fallen. Flight rates were up by Rs 200 from Tuesday. However, now the inflow of urad is declining. Farmers have emphasized on storage.

How are the rates of other agricultural commodities

In the last two days, 90 lakh farmers have registered through e-crop survey

Insect infestation on cotton after rains, what is the remedy?

Artificial scarcity of fertilizers in the face of rabbi season; Farmers’ problems persist