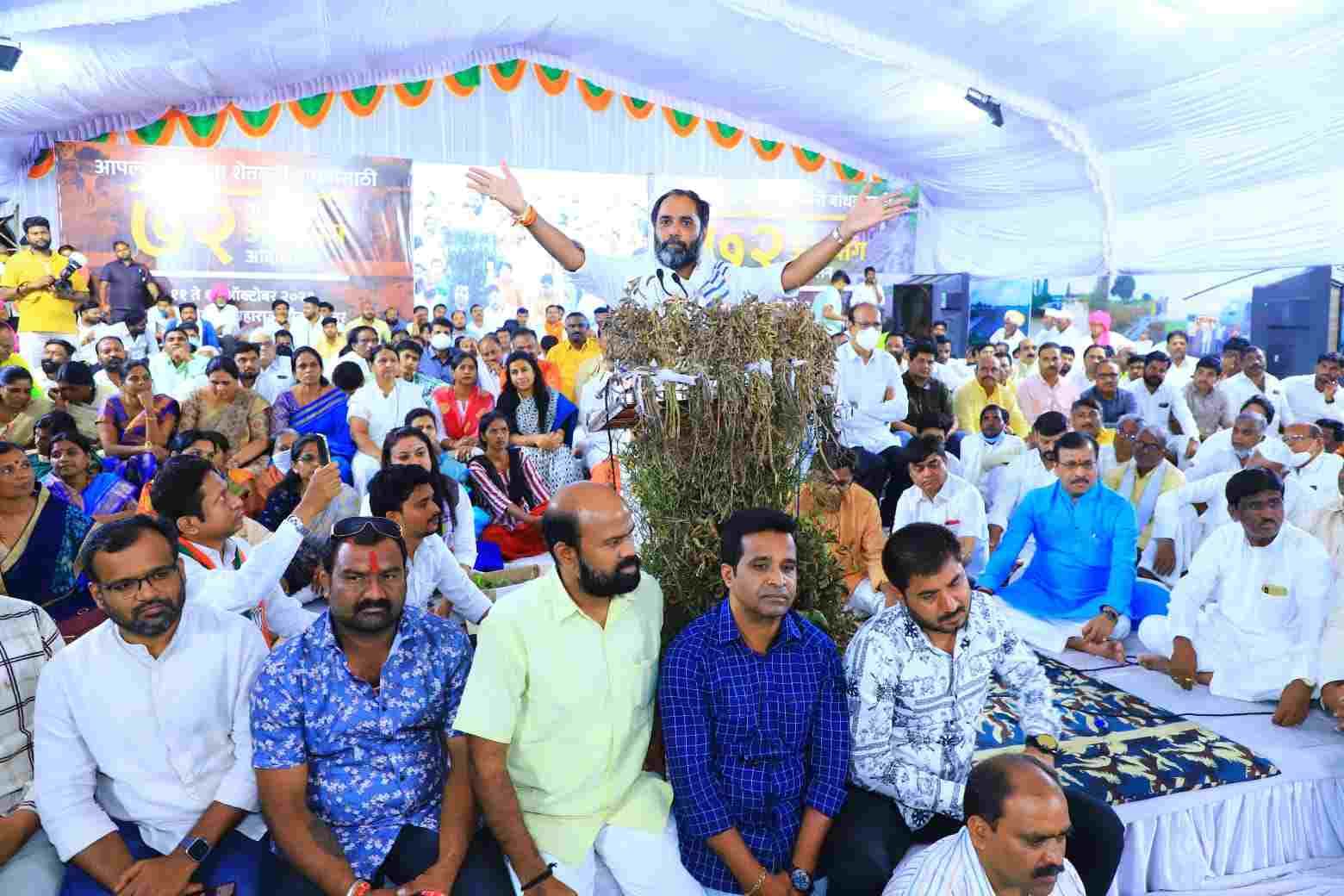 End of the ongoing hunger strike in Latur

Latur: The hunger strike has been going on for the last three days in Latur to get full compensation for the losses incurred by the farmers of Marathwada. The salt of the 72-hour hunger strike had reached Maharashtra. Besides, the participation of farmers in this movement was also increasing. The aid announced by the state government is to wipe the mouths of the farmers. Former Minister MLA Sambhaji Patil Nilangekar has warned that the struggle will continue till the farmers get proper justice.

MLA Sambhaji Patil Nilangekar had started a 72-hour hunger strike at Shivaji Chowk in Latur with 127 farmers from the district. A large number of farmers in the district had also participated in the agitation launched in connection with the compensation.
We have developed Maharashtra only by developing Baramati and we are firmly committed to the development of Maharashtra.

He may have forgotten that Marathwada is a part of Maharashtra. The Chief Minister, who demanded Rs 50,000 per hectare for the farmers, is now accused of wiping leaves from the mouths of the farmers by announcing Rs 4,000 per acre. Performed by Sambhaji Patil.

The health of 14 farmers was deteriorating

Out of 127 farmers who participated in the hunger strike, 14 farmers have been admitted to the hospital for treatment. The agitation was concluded by handing over lemonade to the elderly farmers of the district and in the presence of dignitaries. To support the movement, officials from more than a hundred social organizations in the district visited the site and handed over their letters of support. However, this movement was a platform for farmers to ask questions. Even though the agitation has come to an end, the fight against injustice against the farmers is still going on. Patil has said.

Tikastra without naming the Guardian Minister of Latur

Some people from Marathwada are working as ministers. However, this minister is only busy managing his chair and it has become clear time and again that he has nothing to do with the issues of the people and the farmers. When Baliraja, the breadwinner of the world, was in big trouble, he was forced to force the government to follow him to get help from the government. He criticized Guardian Minister Amit Deshmukh, saying that all these ministers have a finger on their face and a wrist strap.

Earlier incentives and now hand in hand, farmer companies are in trouble