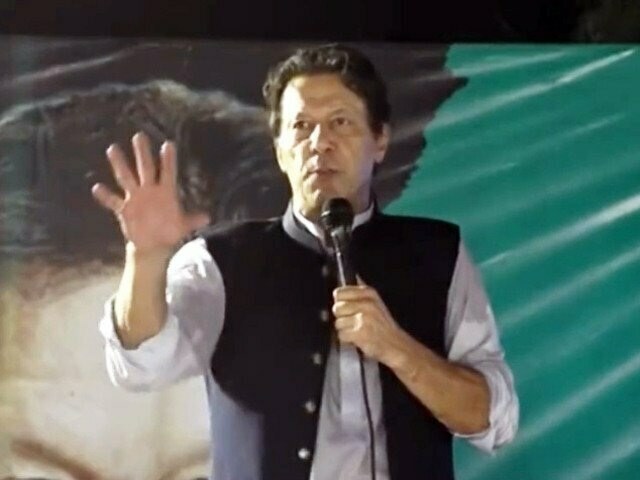 Former prime minister and Pakistan Tehreek-e-Insaf (PTI) chairman Imran Khan on Saturday said his movement for “real freedom” will not stop until fresh elections are announced. today News informed of.

Addressing a rally in Punjab’s Rahim Yar Khan district, he said: “You be ready I will give you [protest] Call me when my opponents think Imran Khan has given up and that day is not far.

The former Prime Minister said that establishment in Pakistan remains a reality. “PTI had good relations with the establishment, I don’t know how and when they got spoiled,” he said.

He said the present government was trying to disqualify him as he was scared of the popularity of PTI.

Imran said that the time has come to stand against the thieves who have been imposed on the country.

“His cases are being closed every day and now Ishaq Dar is returning… He himself had confessed that he was laundering money for the Sharif family.”

Earlier, in an exclusive interview with Rana Mubashir today News and Ali Khizar, Head of Research business recorderKhan said the tenure of his government was a huge learning experience, acknowledging that there was a lack of expertise within the bureaucracy.

“I wasn’t ready because I hadn’t been in government before. We had learned by the third and fourth years and we were expanding. We survived the crisis. When we were evicted, we had huge plans We had plans to expand the industry. If I come to the government again, I will change it,” he said.