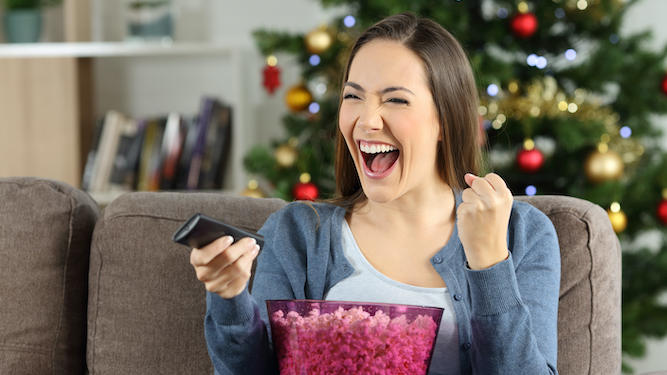 Ring the sleigh bells during the last 20 minutes of each game.

Just as a Christmas single is an ordinary song with jingling bells, adding them to a football game will make everything charmingly festive. Move them through the closing stages of Argentina-Australia tonight, including extra time and VAR.

Pay a kid to stand behind the TV sprinkling fake snow between you and the screen, put a snowfall graphic overlay on the screen, or if it’s too much trouble, have Qatar do it. Call them saying they are from FIFA and demand artificial snow at every game. They will, they’re throwing millions at it and they don’t give a shit.

Any red and green team are goblins.

Senegal, Portugal, Cameroon: If they’re playing green and red, they’re Santa’s jolly little elves getting a break from relentless toy-making with a little fun in a country that gives workers more human rights than Santa . Ronaldo is the head elf and a jolly guy in charge of handing out candy canes.

Replace the national anthem with a seasonal classic

Turn down the boring national anthems and turn up the volume for Slade, Mariah, Jona Lewie and Wham! Imagine that France is singing along with Roy Wood and you are excited about the game simply because you love Christmas so much and you can unwrap a big pile of presents afterwards, screaming like excited children.

Stick a flare up a reindeer’s ass

It’s not a real reindeer. That could be fatal for both you and the animal. But there are plenty of stuffed animals that will happily take a red flare to the rear, commemorating England’s Euro Cup finest moment and making it wonderfully festive. You will have tears in your eyes as your house fills with crimson smoke and burning ashes fall like snow.

Don’t see the final until the 25th

There’s only a week left to wait, so record the finale and watch it on Christmas morning as the kids open their presents. The roast turkey, the tree lights twinkling, the game-winner going in. Don’t worry about spoilers, no one is going to bother discussing the outcome of Qatar’s shitty World Cup unless England wins it. And they won’t.