———————-
Magazine Breaking:
– Major changes in the new policy for the prevention of illicit liquor on the instructions of CM
– Accepted the recommendations of High Power Taskforce, draft prepared, proposal will come in cabinet
———————-

Jitendra Chaurasia, Bhopal. In order to hit the illegal liquor business in Madhya Pradesh, the government has decided to bring a new formula in the new excise policy. Under this, duty on country liquor will be reduced by reducing the duty for the first time in the history of the state to reduce the profits of liquor traders along with not opening any new shop. In this, reducing the duty on liquor may harm the liquor traders, but there will be a big injury on the illegal liquor business. Because the government will try to stop the cheap business of illicit liquor by reducing various duties. Separate work will be done to compensate for the loss of revenue due to this. For this, a proposal is to be placed in the cabinet meeting to be chaired by CM Shivraj Singh Chouhan on Tuesday. The CM had asked to make provisions for the prevention of illegal and poisonous liquor, after which the Commercial Tax Department has prepared a draft of this new policy. There has been a round of discussion on this. Now it will be decided on Tuesday.
——————————-
Businessmen who are earning huge profits like this-
Right now the liquor merchants are making huge profits. At present, a 180 ml country liquor is available from the license shop for Rs 110, while its cost is maximum 30 to 35 rupees. Everything else is duty and other margin. Therefore, instead of licensed liquor, this illicit liquor is available up to Rs 60. Because of this, illegal sales are more. Similar is the situation with foreign liquor.
—————————-
In the new formula like this-
In the new formula of the new liquor policy, the government has made preparations to reduce the duty on liquor. The reason is that now illegal and poisonous liquor is consumed more due to its cheapness. While legal liquor is very expensive. Due to this, the government is preparing to reduce the duty and make their rates equal, so that illegal is stopped.
In the new policy, there are also strict provisions regarding the manufacture of raw-materials used for the manufacture of liquor. By fixing accountability in this, misuse will be stopped. Apart from this, no new shop will be opened, but the licensee will be allowed to open a sub-centre.
—————————
The math of revenue is like this, reduced the target-
The government has also taken a U-turn in the matter of revenue from liquor. The government has reduced its targets regarding alcohol. Earlier the revenue target in 2019-20 was 15000 crores, but now the target for 2021-22 has been kept at Rs 10340 crores. Even further, it has to remain within 12 thousand crores. The government believes that reducing the duty will reduce the revenue. But, if consumption increases, some portion may be met. The option of sub-centre has been kept for the rest of the reimbursement.
—————————–
Understand the math of rate like this-
Category – Original cost – Price now – Received invalid – Price possible now valid
Desi – Per full liter – Rs 150-160 – Rs 330 – Rs 200 – Rs 200-225
Desi 180 ml Masala – Rs 35-40 – Rs 110 – Rs 60-65 – Rs 80
Desi 180 ml plane – Rs 25-30 – Rs 75 – Rs 50-55 – up to Rs 60
———————
Fact file-
27300 crore income from liquor to Uttar Pradesh
5000 crore income from liquor to chhattisgarh
9600 crore income from liquor to Rajasthan
15400 crore income from liquor to Maharashtra
10700 crore income from liquor to Madhya Pradesh
———————-
Death due to poisonous alcohol turning point-
In many places including Morena and Ujjain in the state, there were deaths due to poisonous liquor. After this, the government had constituted an inquiry committee under the chairmanship of Dr. Rajesh Rajoura, Additional Chief Secretary, Home Department. When the inquiry committee had given many other recommendations including reducing the duty. Some of these recommendations have been accepted and some have not been accepted. Many recommendations regarding control and monitoring of raw materials went unheeded. But these recommendations have played an important role in the new policy.
———————————-
Liquor shops in neighboring states-
Uttar Pradesh – 27352
Rajasthan- 7665
Chhattisgarh – 660
Maharashtra-11685
Delhi- 850
Madhya Pradesh- 3605
————————–
When did the duty increase-
2020-21- 29.41 percent
2019-20- 06.25%
2018-19- 14.39 percent
2017-18- 07.69%
————————– 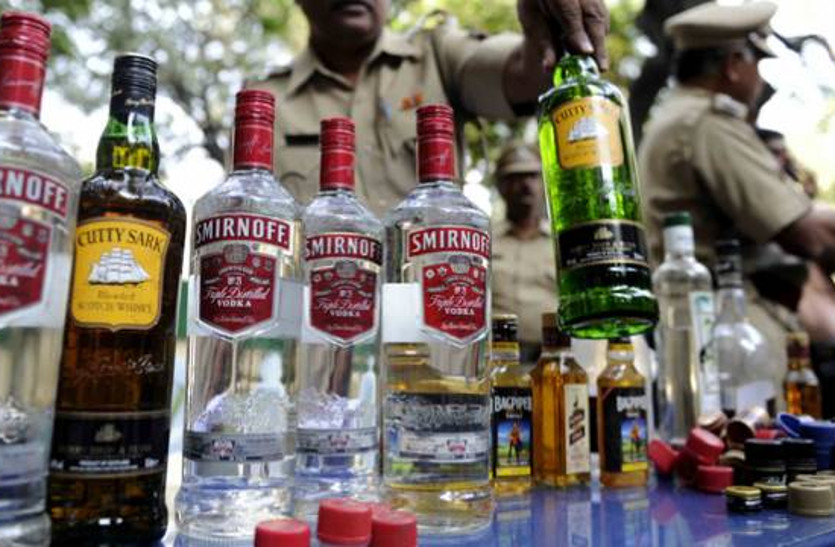 This time there will be a cleanliness survey of seven and...

Know why these students were banned from coming to coaching |...

First Time In 7 Years, All Eyes On Kohli The Batter...

Rain to ease for rest of January in Canberra, a BOM forecaster says | The Canberra Times news, environment, The ACT has had a...
Read more

Kiara Advani spotted running in two-piece on the beach, video...