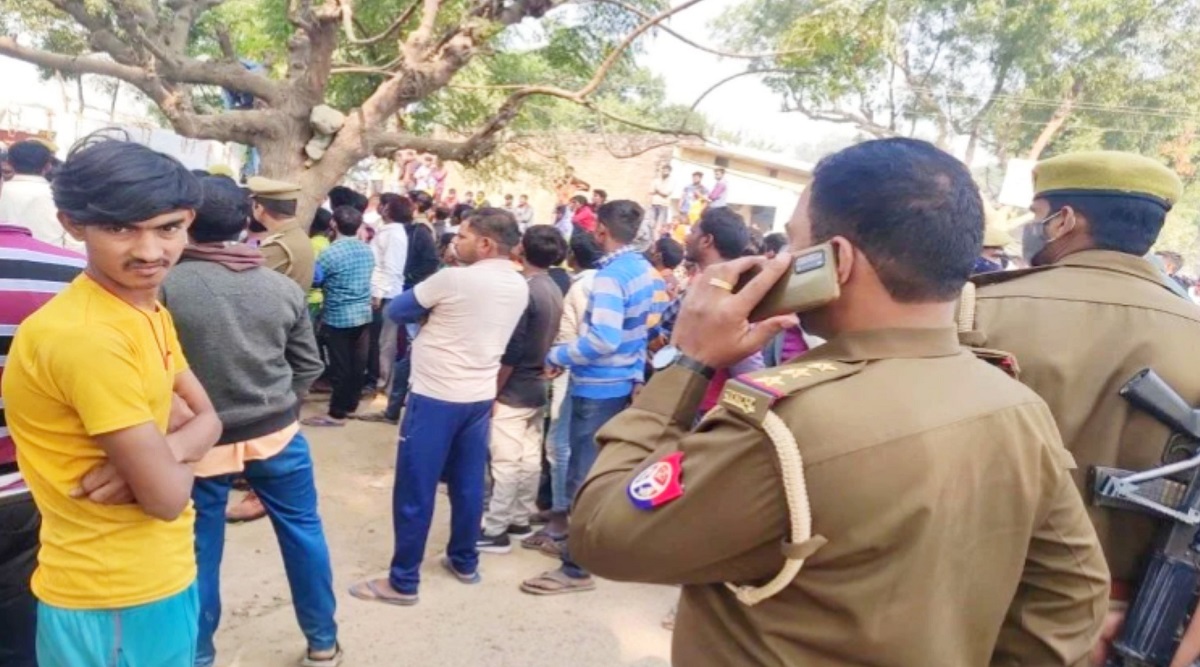 A relative of the deceased family told that there was a land dispute going on with the accused upper caste family. Earlier also the accused had attacked.

Four people of a Dalit family have been brutally murdered in Prayagraj, UP. Along with this, there are also reports of gang-rape with a sixteen-year-old girl. So far, FIR has been registered against 11 accused in the case.

Four members of the same family, including a 16-year-old girl and a 10-year-old boy, were murdered at their home on Thursday morning. Relatives of the slain Dalit family have claimed that the girl was raped before she was killed. Relatives have blamed a neighboring family for these murders. It is being told that the accused family belongs to upper caste.

At the same time, the UP Police is also under the scanner regarding this matter. According to the information received, threats were made earlier also, a complaint was also made to the police, but the police did not take appropriate action. In this murder case, the police have so far registered an FIR against 11 people on charges of gang rape, murder and other charges. Prayagraj Police Chief told the media that some people have been detained for questioning.

Giving information about the incident, the police said that the deceased were attacked with sharp weapons, with serious injuries on their bodies. The girl’s body was found in a room inside the house, while the other three bodies were found together in the courtyard.

Prayagraj Police Chief Best Tripathi said- “It appears that all four were hit on the head with an axe. There are serious injuries on the body. Preliminary information suggests that in 2019 and 2021, the family of the deceased had registered a case under the SC/ST Act against some people related to the land dispute. The family alleged that no progress has been made in these matters. We will take strict action.”

A relative of the deceased family told that there was a land dispute going on with the accused upper caste family. Earlier also the accused had attacked. According to them, the police was trying to reach a settlement in this matter.

The brutal murder of a Dalit family in Prayagraj before the assembly elections has created a stir in the political circles as well. Congress General Secretary and UP in-charge Priyanka Gandhi may reach Prayagraj on Friday to meet the victim’s family.

Thane Corona Update | In Thane, 110 new corona patients were found, with a mortality rate of 2 per cent

Warning of torrential rains in Mumbai today; A cyclone is expected in Odisha and Andhra Pradesh on Saturday