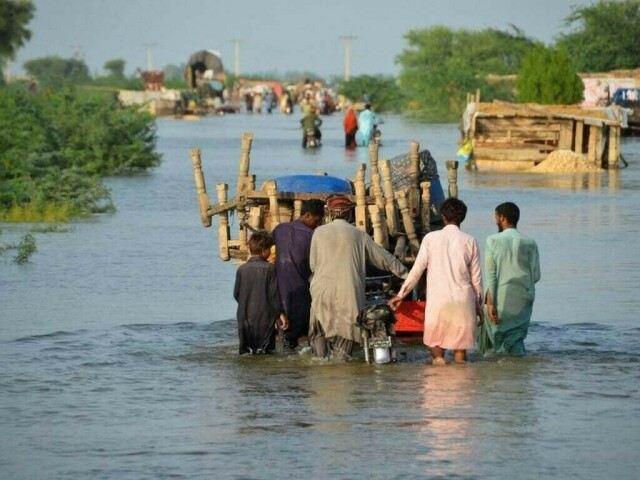 The newspaper said the United Nations Development Program will share with Pakistan’s government this week a plan that the country’s creditors should consider debt relief so that policymakers can prioritize funding their disaster response over debt repayment.

Pakistan has previously estimated damages at $30 billion, and both the government and UN Secretary-General Antonio Guterres have blamed the floods on climate change.

The memo proposed further debt restructuring, or swaps, where creditors would forgo repayments in exchange for Pakistan agreeing to invest in climate change-resilient infrastructure, foot Told.

The floods have affected 33 million Pakistanis, caused billions of dollars in damage, and killed more than 1,500 – raising concerns that Pakistan will not repay the debt.

Pakistan will not default on loans despite floods: Mifta Ismail

Finance Minister Miftah Ismail had earlier said that Pakistan would be “absolutely not” on debt obligations despite the devastating floods, indicating that there would be no major deviation from reforms designed to stabilize a struggling economy.

“Given the challenging environment, the road to stability was narrow and it is still narrow,” Ismail said.

“But if we continue to make prudent decisions – and we will – we are not going to default. Absolutely not.”

Despite the flood disaster, Ismail said most stabilization policies and targets are still on track, including increasing dwindling foreign exchange reserves.