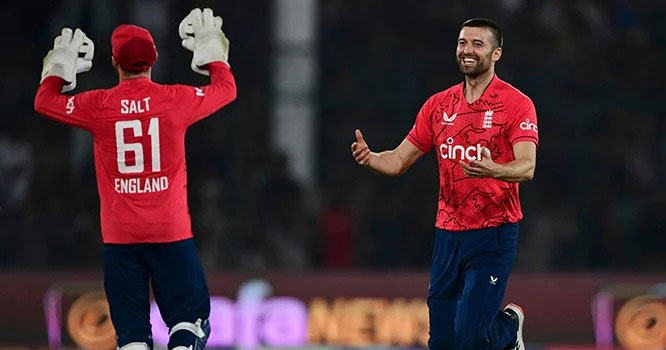 England’s Wood is hoping to hit top gear in time for the World Cup. England bowler mark wood He said he is hopeful that he can return to full fitness and reach his peak “at the right time” ahead of the T20 World Cup in Australia this year.

Wood, who missed England’s entire summer due to an elbow injury, returned to international cricket with three wickets in England’s 63-run victory over Pakistan in Karachi on Friday.

“My body feels fine,” Wood told Sky Sports after the win. “I’ll probably be on an ice machine now.

“What’s important to me is that I don’t want to go too hard right now and then I’m not ready for Australia. I have to peak at the right time, and then when it comes to that World Cup, I Fit and shoot.

“I’m just a little tired. This is my first game in a while but really, I love being the leader in it. I’ve spent a lot of time at the gym, running a lot, but nothing quite like playing a game.” “

England, who took a 2-1 lead in the seven-match series with a win, will next take on Pakistan on Sunday as both sides continue their preparations for the T20 World Cup to be held from October 16 to November 13.