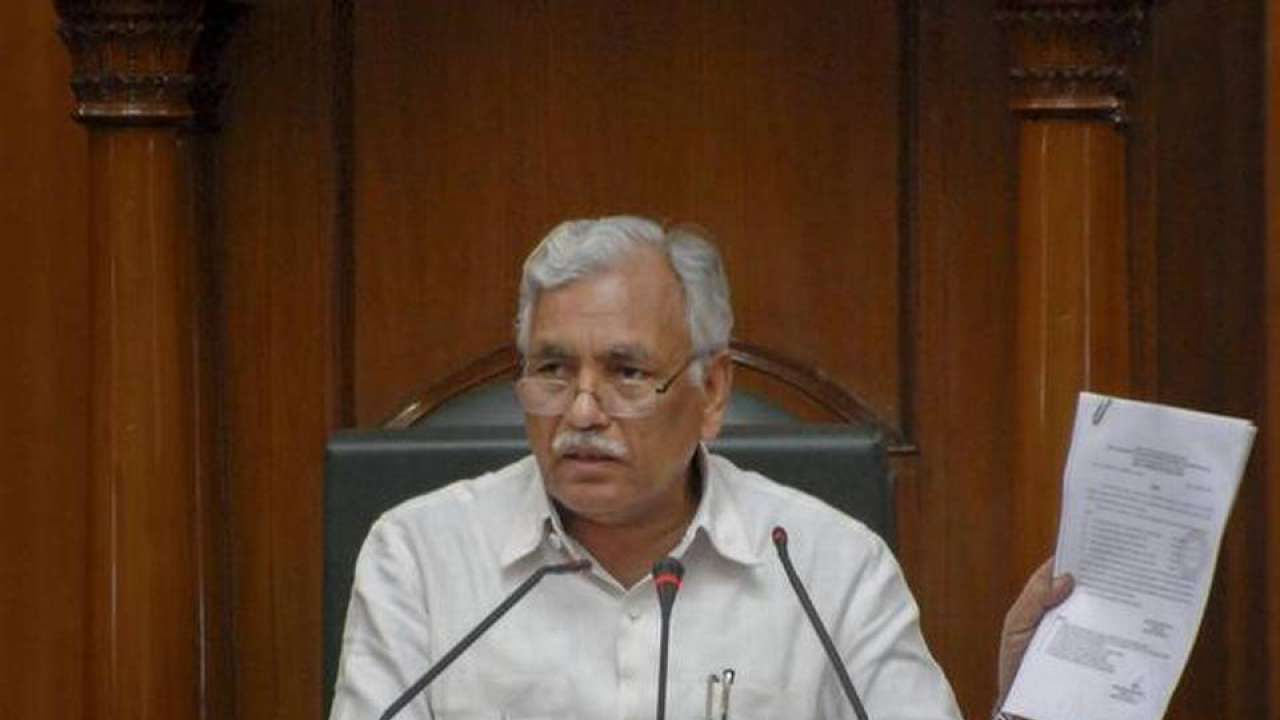 Delhi Assembly Speaker Ram Niwas Goyal has blamed the BJP for the increase in air pollution in the capital Delhi. In the House, he said that despite the ban, the BJP burst a lot of firecrackers in Delhi. Due to this air pollution increased.

A one-day special session was organized in the Delhi Assembly. As soon as the session began, the opposition started a ruckus in the house. As soon as the proceedings of the house started in the assembly, the leaders of the opposition created a ruckus regarding air pollution and alcohol. The opposition stuck to the demand for discussion on both the issues. Meanwhile, Assembly Speaker Ram Niwas Goyal blamed the BJP for the pollution. During this, he said that despite the ban, the BJP burst a lot of firecrackers in Delhi. Angered at this, he said that for the last 1 month my wife has not come out of the house.

Actually, BJP was demanding a discussion on alcohol and air pollution in the house. But when he was not allowed to speak in the house, then he started a ruckus. In such a situation, all the BJP MLAs have sat on a dharna near the statue of Mahatma Gandhi in the assembly premises in protest against the expulsion of three MLAs Mohan Singh Bisht, Jitendra Mahajan and Anil Bajpai.

Let us tell you that earlier a one-day special session of Delhi Legislative Assembly has been organized. Also, the session started with Vande Mataram on Thursday. On this occasion, tributes were also paid to former MLAs Tajdar Babar, Roopchand and Arvinder Singh as well as farmers killed on the border of Delhi NCR in protest against 3 agricultural laws. Along with this, all the members also read the Preamble on Constitution Day.

proposal related to agricultural laws introduced in the house

At the same time, Delhi Minister Gopal Rai presented a government resolution in the house regarding agricultural laws and farmers’ movement. After discussion on this, the house passed it. During this, Minister Gopal Rai said that the government formed by the power of the general public imposed black laws on the farmers, the farmers suffered tear gas shells, demonstrated in the winter heat. I congratulate this assembly of Delhi that this assembly was the first to pass a resolution against those three black laws. CM tore all the three laws inside the house. Then what CM Arvind Kejriwal had said in this house, proved to be true when PM announced the withdrawal of agricultural laws. During this entire movement, more than 700 farmers have given martyrdom, today this house pays tribute to them. does.

At the same time, Gopal Rai said that if these laws were not in the interest of the farmers, then what would happen to those martyrs. Thousands of people were prosecuted during the movement, what will happen to those cases. Why is the central government not ready to talk on that? This government had promised at the time of elections that a law to guarantee MSP would be brought, but till date the law has not come. While there was a promise of doubling the income of the farmers, everyone saw how the movement was crushed. Union Minister of State Ajay Kumar Mishra’s son publicly crushed the farmers with a car. The pattern of such cruelty was not seen even during slavery during the freedom movement of India. I want to congratulate the farmers, who for the first time have shattered the arrogance of the government.

read this also: Delhi Crime: Doctor did a dirty act with a Dalit girl who went to the Mohalla clinic to take medicine, after the ruckus, the police arrested the accused