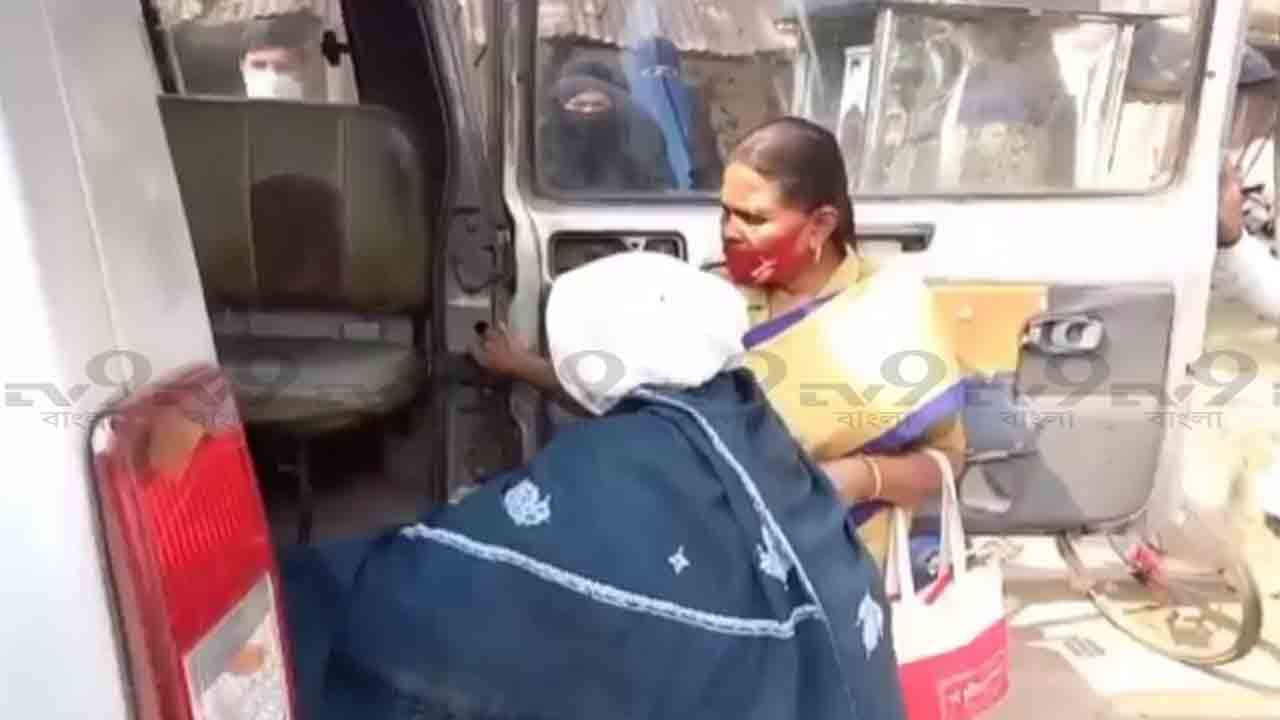 Crime in Purba Burdwan: The maid brought an advertisement in the paper, the couple is in a terrible situation! | Two lady looted money, jewelery and all from school teachers house at purba burdwan memari

Police have arrested a woman named Niludas Bairagya. Own image

East Burdwan: He hired a maid with an advertisement in the paper. That is the danger! The two women were accused of robbing the couple of their belongings by mixing drugs with food and fleeing. The incident took place in Satgachhia Jiban Tagore area of ​​Memari police station in East Burdwan. Nimai Bhattacharya and Soma Ghosh Bhattacharya lodged a complaint at the Memari Police Station.

Police also arrested a woman from Nadia’s Kalyani on Wednesday in connection with the Bhattacharya couple’s allegations. Dhrita’s name is Nilu Das Bairagya. He was taken to Burdwan court on Thursday. At the same time, the police have started searching for the second accused.

On November 8, Nimai Bhattacharya placed an advertisement in a newspaper asking a maid to take care of his ailing wife. An old woman and a middle-aged woman came to work as a maid on November 12 after seeing an advertisement in the paper. Allegedly, the couple then took the opportunity to believe, mixed something with food at night, knocked the couple unconscious, looted gold jewelry and valuables, and the two women fled.

Allegedly, after the two women arrived that night, the couple was fed something with the elder of Shiulipata around 8 pm. Then they became unconscious. The next morning, November 13, they were admitted to a government hospital and later to a private nursing home for treatment. After recovering a bit, they lodged a complaint with the Memari police station.

Deepak Basu, a resident of the area, said, “My elder brother’s house. They have sold it because they will not stay. Stay out now. The couple lives here now. They used to rent towards the market. Later he bought this house. The gentleman fed the lady something. Lost consciousness. Later he stayed up all night. The maid who is always at home in the morning is calling. Seeing that the door was not opening, he pushed it and the door opened. Seeing has become unconscious. Two women came from outside. They may have done something. “

SDPO South Amirul Islam Khan said: Later we learned from another housemaid that she had advertised in the newspaper more than the housemaid. Seeing that, two people came. No one knew where he came from. Arrived on the night of the 12th, left on the morning of the 13th. The couple was later found unconscious. He was admitted to the hospital. After recovering, they complained. A man from Kalyani was arrested on Wednesday. Neelu Das is the name of monasticism. The age is around 75 to 80. ”