Bitcoin back under pressure as crypto bear market looms

Bitcoin back under pressure as crypto bear market looms

Bitcoin is having the worst start to the year since 2012, its price dropping to below US$40,000 for the first time since September last year. This brought Bitcoin’s loss in value so far this year to 14%.

The world’s largest cryptocurrency has recovered slightly to sit slightly above US$42,000 but it’s still a considerable fall from its record high of US$68,500, which it hit a mere two months ago.

The riskier assets, of which cryptocurrency is the most risky due to its inherent volatility, have suffered greatly recently as The Federal Reserve has tightened policy withdrawing funds from capital markets.

CEO of Infrastructure Capital Advisors, Jay Hatfield, told Al Jazeera that as the Federal Reserve holds back on its liquidity injections, the effect on cryptocurrency will be increasingly pressurised and may end up being below US$20,000 by the end of this year. 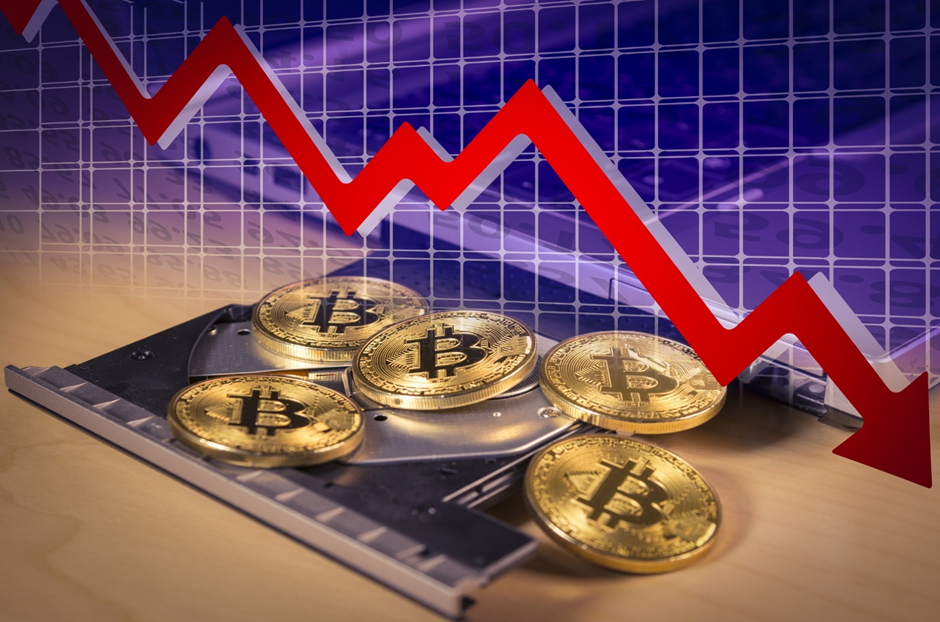 The party seems over for now

The tightening of policy of the Fed will likely continue Bitcoin’s downward spiral as well as the value of the wider crypto market.

The reduced liquidity from the market affects riskier assets like crypto compared to the general market because those investments are significantly more volatile than the overall market and therefore have considerably more of a risk premium compared to the average stock.

This is a very different story to the past two years, which saw the crypto market rise to a new level as its popularity grew to include mainstream investors, both individual and institutional.

At the beginning of 2020, the price of Bitcoin was around US$7,000, which rose steeply in the latter half of the year to finish December at a touch below US$30,000 – a yearly growth of more than 300 percent.

Then in 2021, Bitcoin more than doubled to hit its peak of US$68,500 on November 11. It was the vastly increased investment in altcoins like Ethereum, Solana and meme tokens like Dogecoin and Shiba Inu, which saw the crypto space really move to a new level.

The growth throughout these couple of years might seem strange considering the world was in the grips of mandated lockdowns caused by the Covid-19 pandemic. Keep in mind though the time it has taken for the economy to catch up.

Last October, the Bureau of Labor Statistics revealed the US inflation rate had risen to 6.8% over 2021, which was its highest point since 1982.

Before that time, the Fed had seen no reason to cut liquidity and tighten policy, which meant people were more free to invest in riskier assets.

There’s also an argument that the selloffs that have occurred across the market and in Bitcoin in particular have been executed by short term traders rather than long term investors.

This makes sense when you consider that those trading in cryptocurrency are exposing themselves to more risk than those keeping their capital in Bitcoin and the like long term.

So, what does the future hold for the crypto market?

We can probably expect more crypto selloffs in the near future as investors calculate that as inflation increases, the faster the Fed will act.

In the longer term, Bitcoin has a good chance of rising even more in value than its peak last year as the world increasingly goes digital.

Rain to ease for rest of January in Canberra, a BOM...

Rain to ease for rest of January in Canberra, a BOM forecaster says | The Canberra Times news, environment, The ACT has had a...
Read more

Kiara Advani spotted running in two-piece on the beach, video...