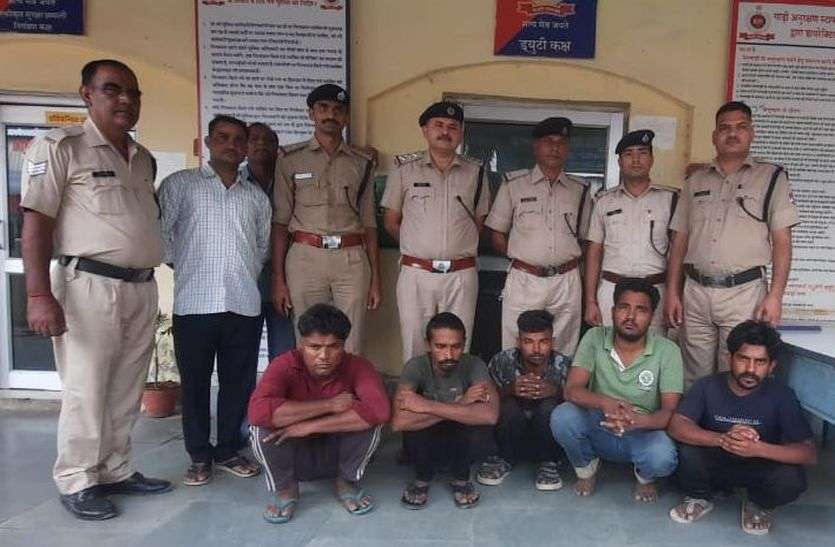 RPF Ajmer police station in-charge Laxman Gaur said that the special team, keeping a watch on the thief gang, identified the suspect on the basis of the information. On October 12, RPF arrested Dinesh alias Dhanesh, a resident of Paharganj, Lalit Tinker, a resident of Thatera Chowk, from the godown of Ganj Trombay station scrap after selling stolen copper wires. During interrogation, he confessed to committing thefts along with Sonu alias Shravan, Kalu alias Dodiya, Bhaurilal alias Nainakia, Padam and Meghraj, residents of Bhagwanganj Sansi Basti. The force arrested the accused and registered a case under Railway Property (Unlawful) Possession Act and Railway Act.
Goods were missing due to lockdown

Gaur said that due to the lockdown, incidents of theft of railway property were being reported near the railway station, carriage factory and workshop. Cases were also registered in this regard. To curb the ever-increasing incidents, a special team of sub-inspector Amit, constable Pradeep, Jitendra, Bhupendra, Pawan Kumar was formed on the orders of the top officials. The team investigated the criminal elements by searching the records. During the investigation, on October 11, the under-frame electrical copper wire was stolen from the bogie parked in the railway yard. All the thefts were carried out between 2 pm and 4 pm.

Gaur said that in the lockdown, the gang had committed theft of railway properties in the past and have also been caught. During the investigation, it was found that during the lockdown, some of the gang members did not even have the money to run the household expenses. Some are also in debt in the market. In such a situation, he again started selling railway property by stealing it. On his behest, RPF recovered goods worth about Rs 25,000. The accused are being thoroughly investigated.

These acts were executed

On August 31, new RREs were built at Ajmer station. Railway goods from the tower.

On October 10, a copper cable broke the door of the telephone exchange in the railway hospital.